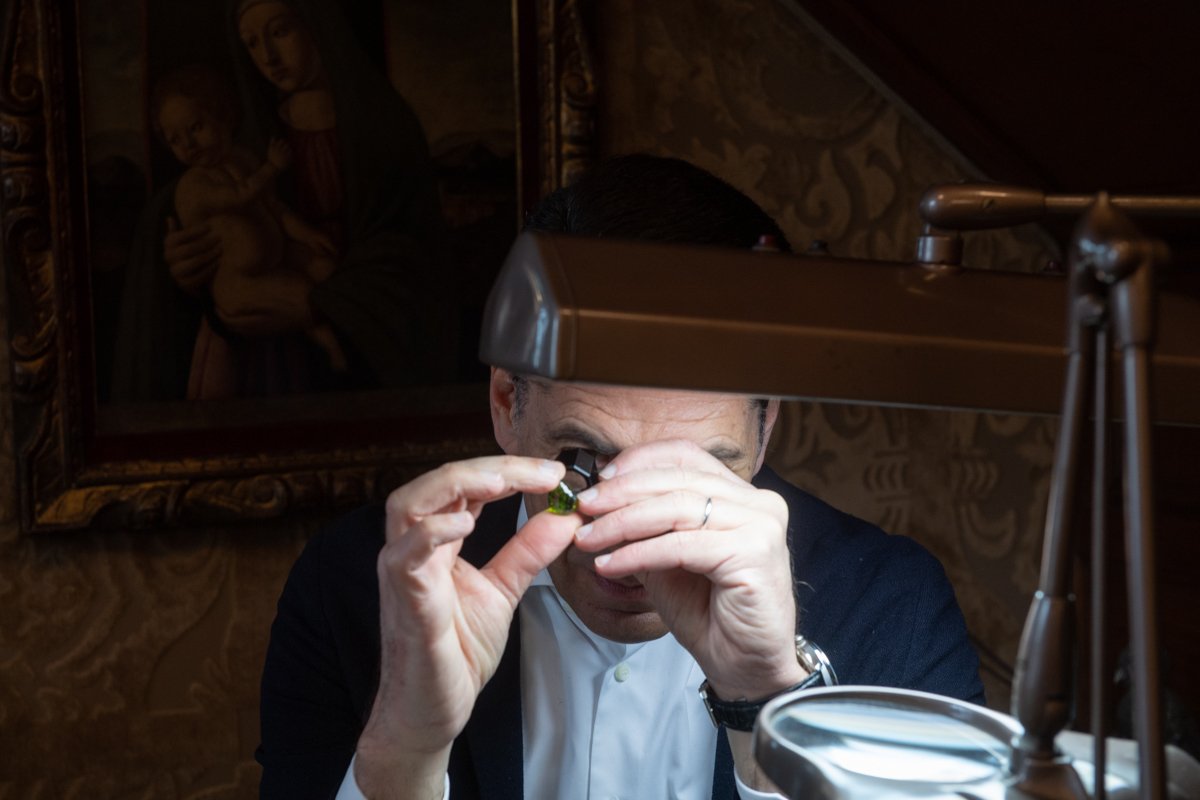 Occupying five arches in the historic St Mark’s Square where his grandfather opened the family business in 1925, Alberto Nardi celebrates Venice with his beautiful pieces: a ring depicting Rialto Bridge, earrings shaped like Basilica della Salute and enamel masks evoking the famous masked balls. Nardi jewels have adorned cultural icons the world over, from Princess Grace of Monaco and Ernest Hemingway, to Marilyn Monroe and Elton John. Alberto is passionate about keeping alive this ancient tradition dating back to the 11th century, when precious stones were first traded and cut in the historic Rialto district.

How did you become involved in your craft?

I have always been fascinated by this world and eager to continue my family tradition. I remember that as a child my grandfather used to take me here to this shop after kindergarten, sat me on his lap and showed me the stones. Using microscopes, magnifying glasses and tweezers to discover the deepest characteristics of a stone captivated me. I graduated as a gemologist at the American Gemological Institute before travelling the world to collect stones.

How would you describe Venice’s character?

Venice owes its strength and beauty to its originality. Venice is a unique city, not just enchanting, but unique in its allure. Creating a city in the middle of a brackish lagoon, without drinking water and under extreme conditions, is a choice of tenacity and strength that never ceases to fascinate me and makes me proud to be Venetian.

What do tradition and innovation in your craft mean to you?

The word tradition derives from the Latin verb “traere” that means to take something from the past and bring it to the future. This is precisely what I have always pursued, taking positive things from the past, and not simply letting them languish in their former glory, but bringing them towards modernity. Many people think that tradition is something static and dead, but is instead something that moves.

Is there something you have crafted that was particularly significant to you?

We have just developed a collection of rings in the shape of masks, based on rings made in Venice in 1700 – a style which had been completely lost. Only a few examples remain, in museums in Milan, Paris and London. Seeing them, I desperately wanted to revive this old Venetian style, not reproducing them in the same way, but making them more contemporary.

How did you come to work at Nardi?

My parents told me that I was born saying I wanted to be a goldsmith, so there is no logical explanation. I was very lucky to study on the Goldsmith’s course at the Art Institute – everything bloomed from there. Alberto’s artisan-philosophy really resonated with me: tradition in my craft means carrying on originality, not homogenising the processes, making large numbers, lowering costs. Tradition is also about finding a beautiful stone, contemplating it and thus building a jewel.

Back to Main Page