The Barcolana is a historic regatta organized by the Società Velica di Barcola e Grignano, the sailing club that started the event fifty-one years ago as an informal race among Triestini locals.

The Barcolana is a historic regatta organized by the Società Velica di Barcola e Grignano, the sailing club that started the event fifty-one years ago as an informal race among Triestini locals.  Since then, the regatta has become more and more popular, attracting some of the best sailing crews in the world. 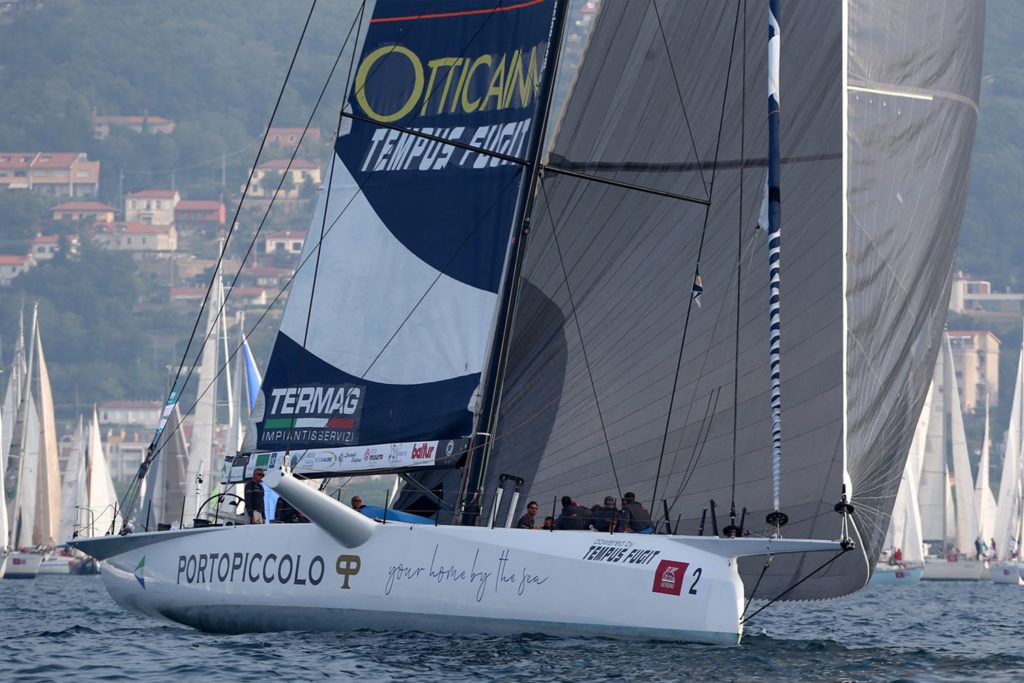 The Barcolana boasts a one-of-a-kind history that began fifty-one years ago when it was a simple end-of-season regatta.  The first competition was held in 1969 with 51 sailboats lined up along the starting line.  This was an impressive turnout considering the small number of sailboats present in the Gulf of Trieste at the time.

For the first ten years, until 1979, the regatta was dominated by local yacht clubs like the Società Triestina della Vela, the Yacht Club Adriaco and the Società Velica di Barcola e Grignano (which organized the event). However, this regatta has always distinguished itself from others by its unique and popular spirit, even at that time, because it marked the end of the sailing season.   The event was an end-of-summer festival before the boats were stored for winter.

The Barcolana gained an international reputation in the 1980s when the economic boom also had a positive impact on the sailing sector.  In 1980, the ‘Rupe’ from Munich made history as the first non-Italian boat to claim a victory at the regatta.  Thanks to its new international status, the festival experienced its first major growth and attracted big-name sponsors, including the legendary Moro di Venezia. 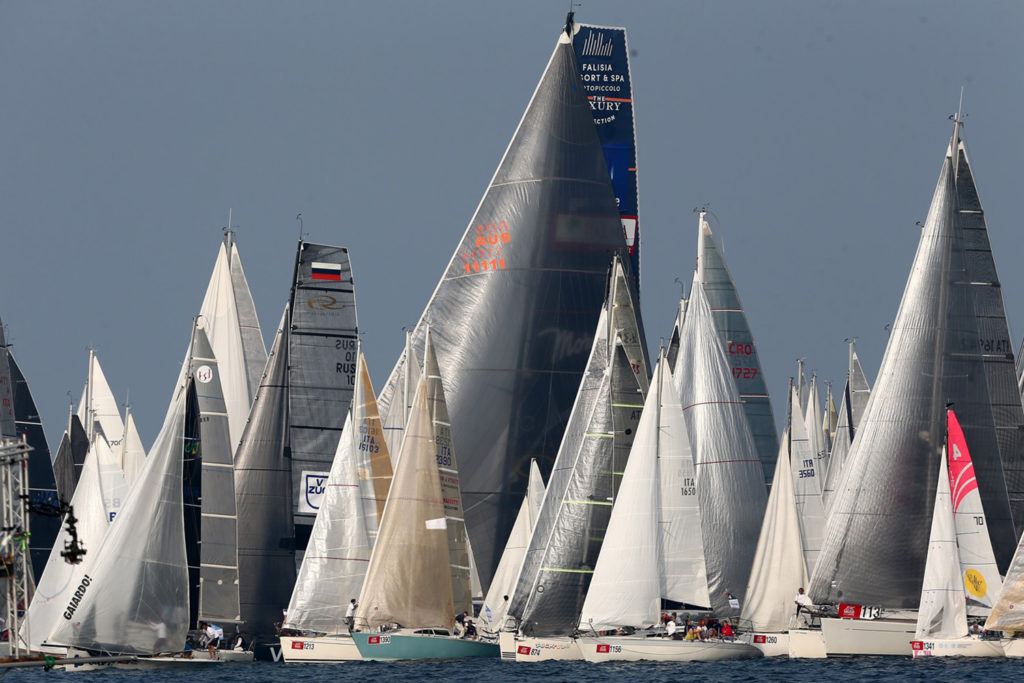 The first boom of participants was recorded during the 2010 edition.  The splendid weather forecast was also a contributing factor, helping to attract approximately 400,00 people to Trieste during the weekend of the regatta.

The 2017 edition of the Barcolana has been described as “the record edition”: 2,101 participants, 25,000 sailors, grand celebrations and thousands of visitors watching the regatta from the Trieste seafront known as the Rive.  In 1 hour, 12 minutes and 17 seconds, the ‘Spirit of PortoPiccolo’ crossed the finish line in the waters just off Piazza Unità d’Italia, in the heart of Trieste.

The 50th anniversary edition drew a record number of yachts, sailors and spectators. The special guest at the regatta was the Italian Navy tall ship Amerigo Vespucci.  The festival also featured more than 400 events, both on land and sea, organized by the Società Velica di Barcola e Grignano and by a team of big-name sponsors, including the eminent Assicurazione Generali. For the second year in a row, the ‘Spirit of Portopiccolo’ won the Barcolana50 regatta, after completing the race in only 57.04 minutes. 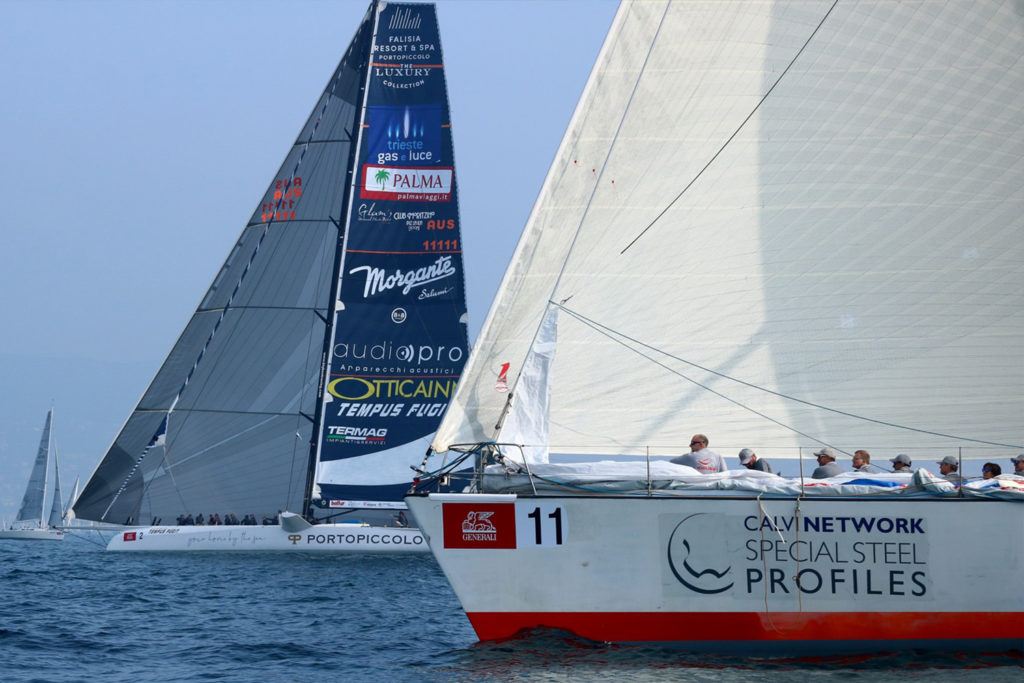 The fifty-first 2019 edition offered the public a renewed format. After the success of Barcolana in 2018 and its entry into the Guinness World Record as the Largest Sailing Race in the World, this year’s edition began early and continued for 11 consecutive days until the final grand regatta.  For the first time, the center of the festival was at the Piazza Unità d’Italia. Located at the foot of the San Giusto Hill, between the Borgo Teresiano and the Borgo Giuseppino districts, Piazza Unità is considered one of the most beautiful squares in Italy and looks out directly over the waters of the Gulf of Trieste, giving it the unique distinction as the only sea-facing piazza in Italy.