A fairytale world populated by half gnomes and half human beings representing the original inhabitants of the Dolomites: are you ready to embark on a wonderful journey to discover the Giauli?

A fairytale world populated by fantastic creatures – half gnomes and half human beings – representing the original inhabitants of the Dolomites: are you ready to embark on a wonderful journey to discover the Giauli? 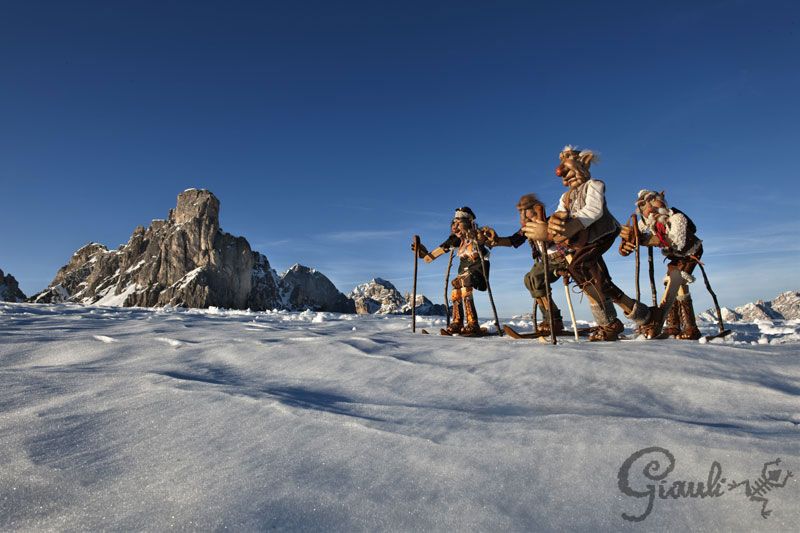 It all started several millions of years ago

The Giauli, created by Mauro Olivotto, a sculptor, represent the inhabitants of the Dolomites (otherwise known as Pale Mountains) and they are believed to have lived here several millions of years ago. These gnome-like figures are curious looking with pointed ears and have just four fingers on both hands. Moreover, there are twenty of them with names given to them that include Bortolo, Giusto and Anika, just to name a few.

Mr. Olivotto also known as Mauro Lampo who was born where the Giauli used to live has been chiseling wood for more than 30 years and loves the Dolomites where he grew up. Besides the Giauli, his expert hands have also created other original pieces. Even though he has traveled to several places including Peru and Bolivia, he always returns home to Cortina his paradise with a lot of excitement and inspiration, which he then pours into his work. 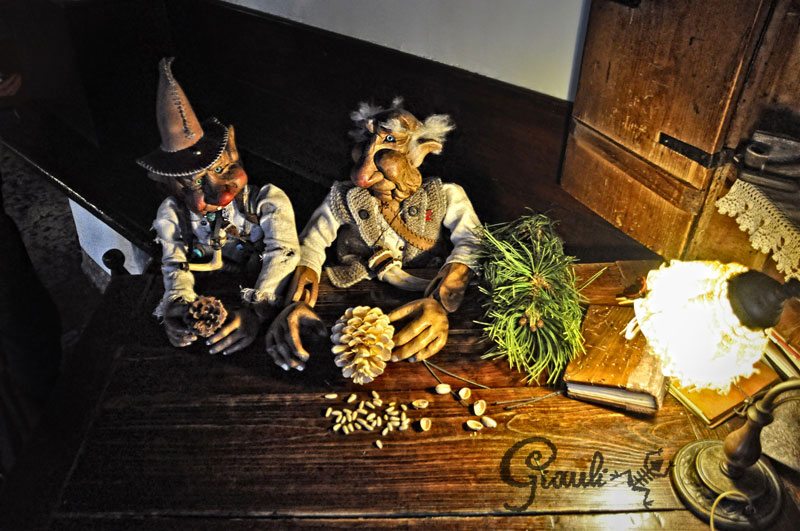 Creating the Legendary inhabitants of the Dolomites

For Mauro Lampo creating the Giauli will involved using Swiss pine, which thrive at a height of between 1,600 meters to over 2,000 meters. According to him, they are the perfect wood for creating these gnome-like figures and can be found close to Belluno in the Dolomites. To complete each figure, Mauro Lampo spends more than 100 hours of work in order to get every detail right. Truly, this is something anyone can sense just by looking at each eye, ear, beard and other details of these works of art.

One of the traditions in Cortina owing to the surrounding mountain range of the Dolomites is free climbing; as has been the case for a long time now. Music is another important culture here with most homes owning a guitar. In addition, each year, from July ending to the beginning of August, the city of Cortina plays host to the Dino Ciani Festival and Academy. 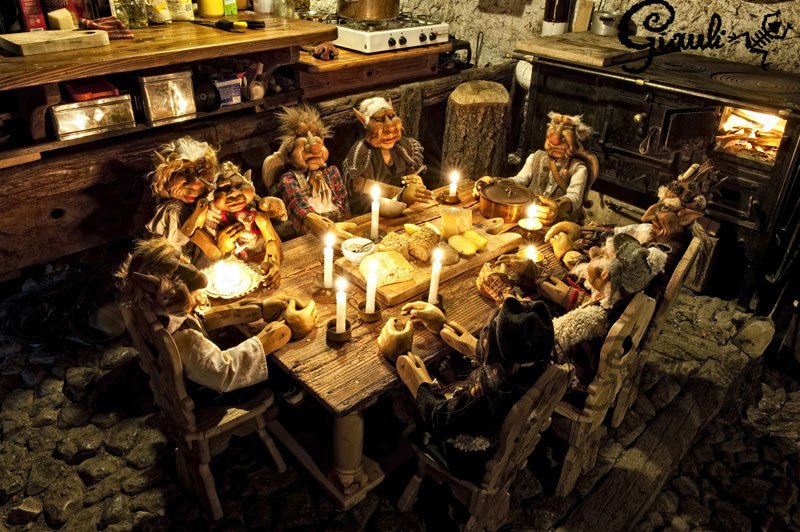 Find out More About Giauli and Cortina Traditions

There is a lot to discover and see in Cortina. So why not come and spend some time here at the Cristallo, a Luxury Collection Resort & Spa in Cortina d’Ampezzo.