The Venice Biennale is one of those events that is part of the Italian and international collective culture and represents a moment of sharing, discovery and debate on art, architecture, dance and the cinema that involves the most enchanting places in Venice.

Much more than a simple exhibition of contemporary art: the Venice Biennale is one most famous and prestigious cultural organizations in the world that is part of the Italian and international collective culture and represents a moment of sharing, discovery and debate on art , architecture, music and cinema that involves the most enchanting places in Venice.

Paolo Baratta, President of La Biennale di Venezia defines La Biennale as a place of research and dialogue.
“We customarily repeat that, regardless of the Exhibition’s theme or approach, La Biennale must present itself as a place whose method—and almost raison d’être—is dedicated to an open dialogue between artists, and between artists and the public. This spirit has been confirmed at every Biennale in past years.”

Curated by Yvonne Farrell and Shelley McNamara, the 16th International Architecture Exhibition will take place from May 26th to November 25th 2018 in the Giardini and Arsenale venues. “Freespace” is the title and the main theme of this year; the choice of this word represents the focus architecture’s agenda on generosity of spirit and a sense of humanity. With this theme, new proposal of work will be presented for public scrutinity that show the essential qualities of nowadays architecture such as modulation, richness and materiality of surface.

The theme of space – understood as the quality of space, but also of free space – is a principle part of the desire to promote architecture, inherent to the very essence of the Biennale and to the concept of architecture itself. With this focus, discussions and discussions involving all participating countries will take place during the Exhibition.

The Exhibition will include 63 National Participations in the historic Pavilions at the Giardini, at the Arsenale and in the historic city centre of Venice. 7 countries will be participating in the Biennale Architettura for the first time: Antigua & Barbuda, Saudi Arabia, Guatemala, Lebanon, Pakistan and the Holy See (with its own pavilion located on the island of San Giorgio Maggiore).
The Italian Pavilion at the Tese delle Vergini in the Arsenale,  is sponsored and promoted by the Ministero dei Beni e delle Attività Culturali e del Turismo, Direzione Generale Arte e Architettura Contemporanee e Periferie Urbane and  will be curated by Mario Cucinella and will be titled Arcipelago Italia.

This edition will feature 12 Collateral Events. Promoted by non-profit national and international institutions, they will present their exhibitions and initiatives in Venice during the 16th International Architecture Exhibition. The Collateral Events are now one of the most interesting part of the Venice Biennale; promoted by national and international institutions and institutions, will be organized in many places in the city of Venice, thus enriching the pluralism of voices and interpretations that characterize the Biennale. You can find more information about collateral events at this link.

The 12th International Festival of Contemporary Dance will run from 22 June to 1st July, showcasing several daily events. The Biennale College – Dance will feature its activities following an international call for applications. American dancer and choreographer Meg Stuart will receive the Golden Lion for Lifetime Achievement, whereas Cape Verdean dancer and choreographer Marlene Monteiro Freitas will receive the Silver Lion. The ceremony will take place on the Festival’s opening day, 22 June, and on 28 June, respectively.

The 46th International Theatre Festival will take place from 20 July to 5 August 2018. Many events and shows are in the agenda, featuring some of the most relevant protagonists of the contemporary theater scene and the productions realized within the Biennale College Theater, the training project dedicated this year to young Italian directors and directors. The Lions of the 2018 Teatro Biennale will be presented on July 20th at the opening of the 46th International Theater Festival. The Golden Lion for Lifetime Achievement goes this year to Antonio Rezza and Flavia Mastrella, an inimitable combined artistic in the contemporary theater scene. The Silver Lion goes to the Anagoor company, which in just a few years became the center of Italian and European theatrical attention.

Officially recognized by the International Federation of Film Producers Association, the 75th Venice International Film Festival will take place at Venice Lido from August 29th to September 8th, 2018 and it is aimed to raise awareness and promote international cinema in all its forms as art, entertainment and as an industry, in a spirit of freedom and dialogue. The Festival also organises retrospectives and tributes to major figures as a contribution towards a better understanding of the history of cinema.

With over ten days of events, The 62nd International Festival of Contemporary Music will take place from September 28th to October 7th, with numerous daily appointments. Also this year the activity of the Biennale College Musica is scheduled, whose international call for proposals will promote and support the production of maximum 4 “low budget” operas of chamber music theater on a comic, surreal, fantastic or playful theme. The Lions of the Biennale Musica 2018 are attributed, on the proposal of the Director Ivan Fedele, to the American pianist and composer Keith Jarrett, who will receive the Leone d’Oro for his career, and to the Franco-Argentine composer Sebastian Rivas, to whom the Silver Lion goes . The awards will be presented respectively on September 29th and October 6th, during the 62nd International Festival of Contemporary Music. 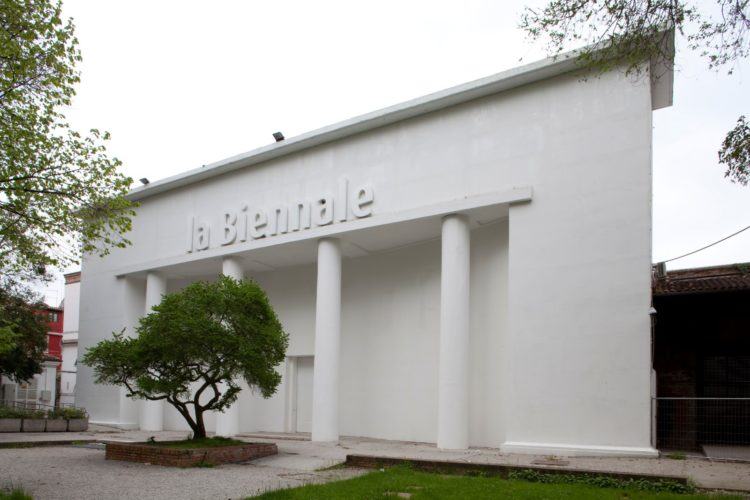 A journey through time in the name of Art.

The first edition of the Venice Biennale dates back to 1895; the heart of the Art Biennale has always been the area of ​​the Napoleonic Gardens, where the first pavilions were erected. The oldest is the Central Pavilion, which over time has changed its structure, role and name (originally “Palazzo Pro Arte”, from 1934 “Italian Pavilion”). Today it is a multi-purpose structure and a reference point for those visiting the Biennale.

The first country to build its own pavilion was Belgium, which erected it in 1907. Today the Biennale area hosts 29 pavilions of different nations. Some of these have been designed by architects who have gone down in history: that of Austria, for example, which dates back to 1934 is the work of Josef Hoffmann, the master of the Viennese “Secession”.

The exhibition area of ​​the Venice Biennale of Art is not limited to the Gardens, but develops in most of the city: from the exhibition spaces to the Arsenale, to the pavilions of the countries hosted in different areas of the lagoon to the numerous collateral events organized for the occasion.

Like any major event, the Venice Biennale is an interpreter of the drives and changes in politics and society. The protests at the 1968 Biennale were controversial: some artists contested the status of the Biennale, considered fascist and opposed to what they considered an example of commercialization of art. On all the artists, the most aggressive was Gastone Novelli and Guerrini who together with other colleagues and students of the Academy of Fine Arts gave rise to events that were repressed with violence by the forces order.
As a sign of solidarity with the protesters, many artists withdrew their works from the event or decided to turn them towards the wall, so that visitors were shown only the back.