Over 150 years ago, Marquis Emmanuele Scicluna built his summer residence on the tip of tad-Dragun promontory in St Julian’s. A lot has changed in Malta since then, but to this day the impressive palace and its peninsula remain an irresistible seaside retreat. 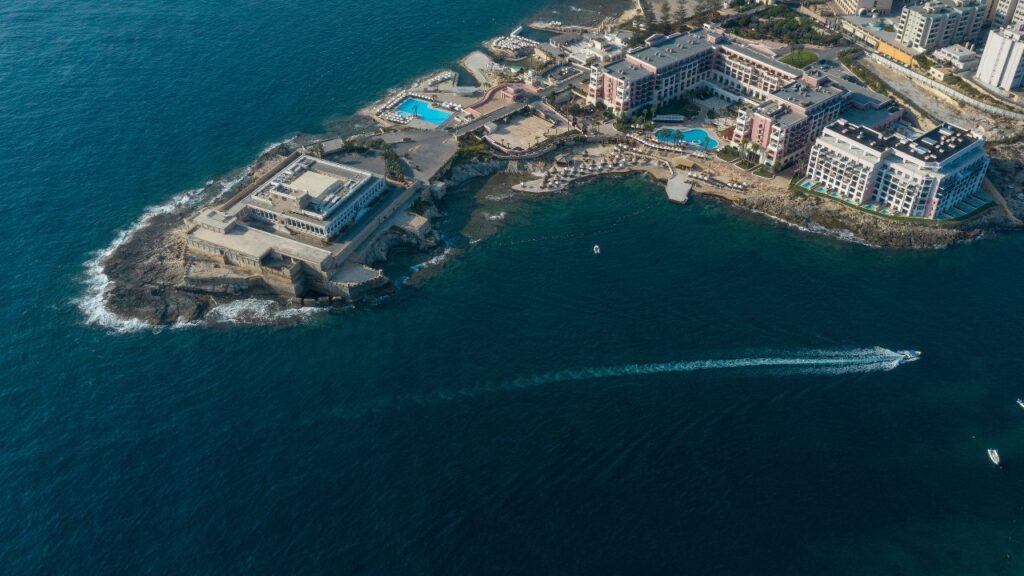 When flying over the Mediterranean, there comes a point where creamy limestone rock cuts through the unending blue sky and sea to pull your gaze down. That is when you know you have arrived: Malta – a small archipelago with a remarkable history.

The country’s glorious coastline and geographical position have long attracted travellers, and few places more so than the rocky outcrop that is home to The Westin Dragonara Resort in the Paceville district of St Julian’s. Once there, every visitor gets to holiday in the footsteps of Mediterranean seafarers and settlers of old.

The Dragonara peninsula welcomed the opening of The Westin Dragonara Resort in 1997. Long before then, though, came the Dragonara Palace, built by influential Maltese banker and merchant Marquis Emmanuele Scicluna in 1870 as his family’s summer residence. At the time, the palace was a sheer display of the nobleman’s wealth, status and power. The area was blissfully isolated when the palace rose as a quintessentially British colonial-style structure on the barren, rocky shoreline of Malta’s northeastern coast. 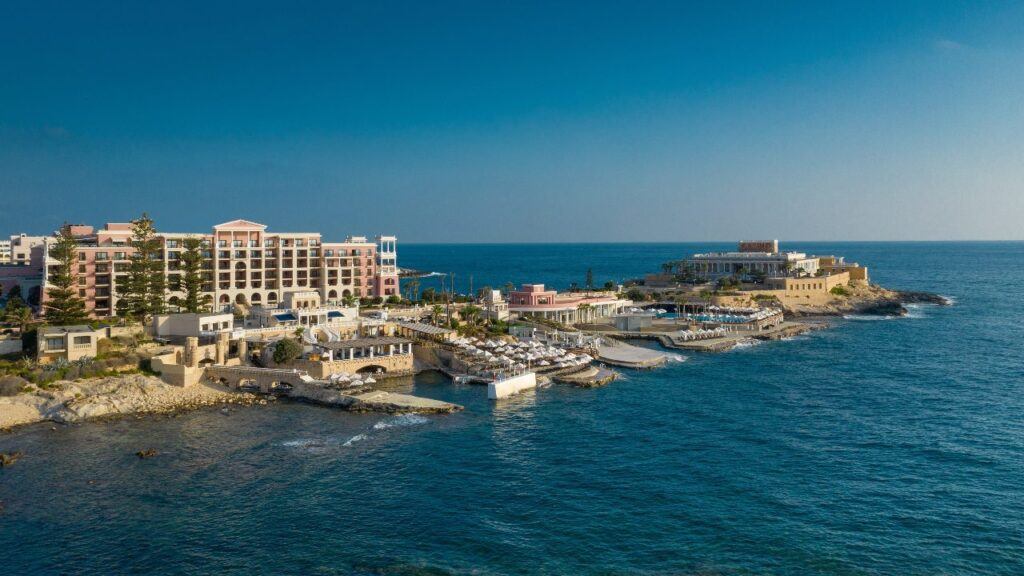 The name of the palace and its peninsula was inspired by a local legend that claims a dragon lived in a subaqueous cavern nearby. In reality, the roars that inspired the tale were probably the howling of the night’s wind and the sound of waves crashing against the shore. It is thought that the rumours of the dragon came from the lips of smugglers who wanted to dissuade people from visiting the area and disturbing their illicit endeavours.

A likelier explanation, however, is that the spot drew its name from the Ottoman Empire’s Turgut Reis, known as Dragut. The Turkish corsair had supposedly set up camp in the area before he and Ottoman admiral Sinan attempted to take the island from the Knights Hospitallers. They invaded Malta and fought the Knights but eventually lost their battle in the Great Siege of Malta in 1565.
Skip ahead 300 years to the 1870s, and Marquis Scicluna had his eyes set on the site for his grand neoclassical palace. No expense was spared in its construction and embellishment, made even more attractive by the area’s splendid isolation. Since then, though, a lot has changed. During World War I, the palace was temporarily used as a hospital, and the Scicluna family also went on to host over 100 refugees there during World War II.

On 15 July 1964, Dragonara Palace became the prestigious seat of the Dragonara Casino. As the first major casino in Malta, this was a key milestone in the region’s evolution. Paceville and St Julian’s used to be largely agricultural but have since transformed into a dynamic, go-to tourist and entertainment hub on the island. 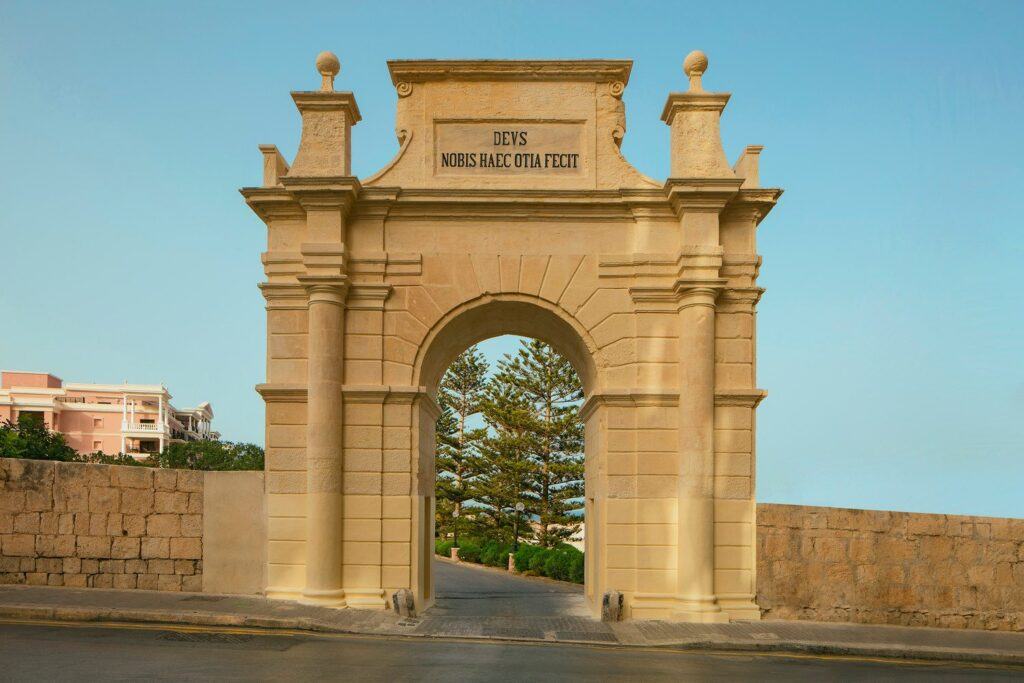 The Dragonara Peninsula itself, however, is a protected enclave – an oasis separated from the hustle and bustle outside. And one’s passage into the estate remains the same as it has always been. Visitors access today’s resort and the palace beyond, through Marquis Scicluna’s Dragonara Gate, which also leads to the Quadro Brasserie, Palio’s Trattoria the Boathouse Lounge and the Reef Club. This old limestone arch and prominent landmark is still inscribed with Virgil’s thoughtful proverb “DEUS NOBIS HAEC OTIA FECIT”, which translates to “God made this gem for us”. It is not difficult to see why Virgil’s words are fitting when stepping through the gate and being immersed in the palace gardens, surrounded by the deep blue Mediterranean Sea.

Another limestone arch called Merkanti Gate used to serve as a second entrance into the lower grounds of Dragonara Peninsula, specifically into Marquis Scicluna’s stables. Just like his palace, the grandeur of both arches was testament to the noble family’s status. Today, the arches remain standing and fully restored as quaint reminders of the site’s aristocratic past amid the 21st-century hubbub of St Julian’s.

These days, the Dragonara promontory is where old meets new and classical character blends with contemporary ease. Visitors to The Westin Dragonara Resort are privy to a private peninsula on the water’s edge, where they can also sit back and relax at two beach lidos that enjoy direct access to the sea. Views of the Mediterranean feature throughout the complex, and peaceful nooks in lush gardens, under classical porticos and by age-old artefacts are just steps away. For a summer spot by the sea, there is nowhere quite like it.

For more information about The Westin Dragonara Resort, visit www.westinmalta.com

One of the first redesigned Marriott properties in Europe, providing innovative and sophisticated spaces, thoughtfully designed around business and leisure travelers alike.

Discover Malta: a gem in the Mediterranean Sea 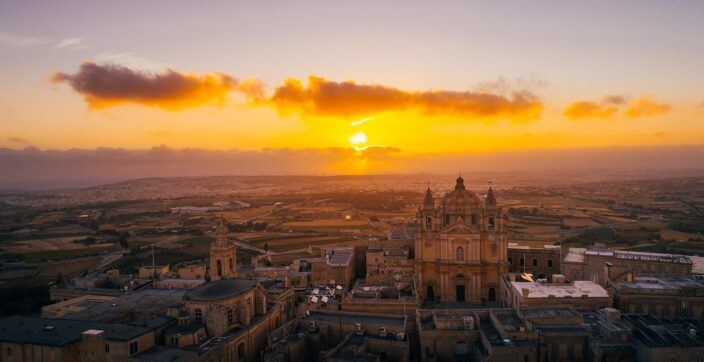 The walled city of Mdina, located on a hillside at the centre of Malta was once the Island’s capital. Its history is as old as that of the island and can be traced back more than 4,000 years. 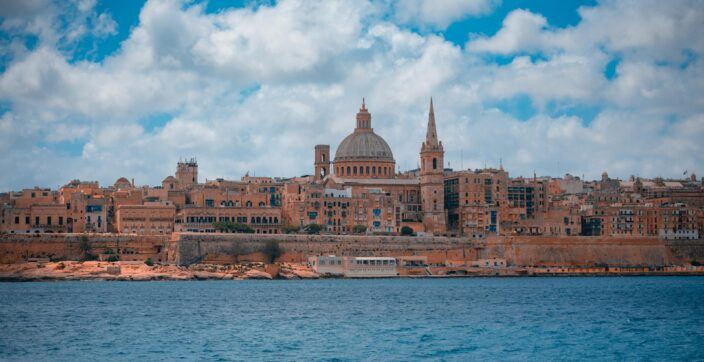 Valletta, the Capital of Malta, is a walking city. In addition to the Palace of the Grand Masters and St. John’s Co-Cathedral, the bustling city and commercial centre has a wealth of Baroque architecture, ‘palazzi’, churches and museums. 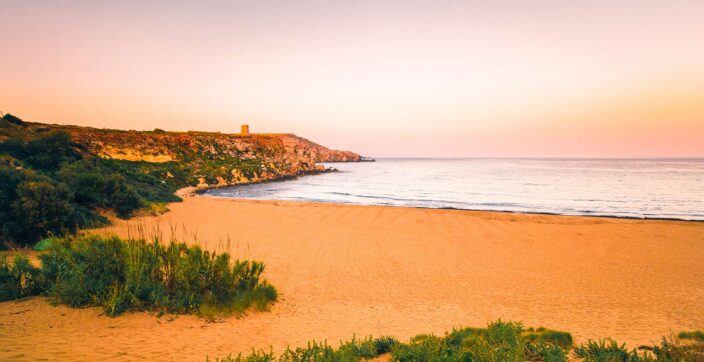 The island of Gozo

Gozo is known for its picturesque scenery, pristine coastline and untouched country trails. 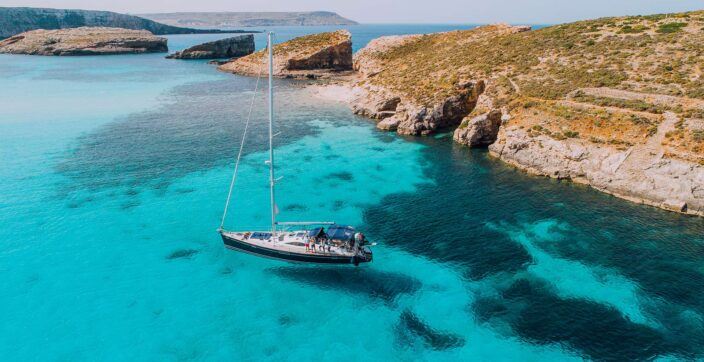 The crystal clear sea around the Maltese Islands is perfect for swimmers, both on and below the surface.

Share your journey to Malta with us using #exploremaltawithus