EUR is a district in Rome, Italy in the region of Lazio. It is a commercial and residential district on the south side of the city center. EUR stands for Esposizione Universale di Roma. It is the area that was earmarked in the 1930s for a world fair that was to be held in 1942. E42 was the original name of the project in commemoration of the year that the event was to be held. EUR was also developed to accommodate expansion of the city in the southwest direction so that it would serve as Rome’s new, larger city center. With World War II, the planned exhibition did not happen. 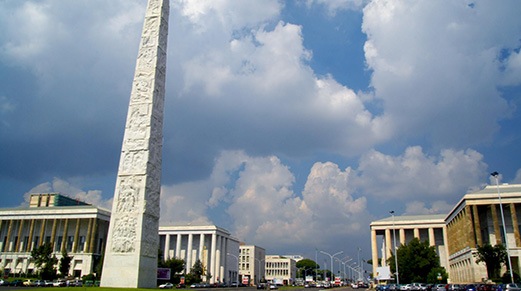 The unfinished development was severely damaged as war raged. When it was over, it was decided that the EUR would be a commercial district out of town. The unfinished buildings were finished in the 1950’s and 1960’s, and new ones were constructed with modern designs. The development had private offices for hire and government buildings set amid parks and gardens. By the time the 1960 Olympics were completed, the EUR was close to completion. The most important buildings like the Palazzo dello Sport and the Velodromo were completed.

Scroll the gallery for more > 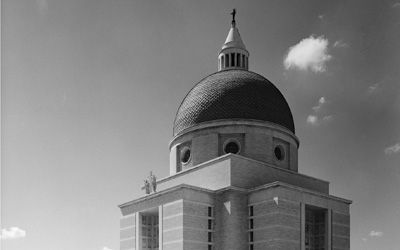