Saint John festivity in Catania: a celebration of religion and folklore

Every year, on June 23rd and 24th the local community in San Giovanni di Galermo is gathered as a sign of devotion and spirituality to celebrate the Patron Saint John the Baptist in a mix of religiosity and folklore.

Every year, on June 23rd and 24th the local community in Catania is gathered as a sign of devotion and spirituality to celebrate the Patron Saint John the Baptist in a mix of religiosity and folklore. 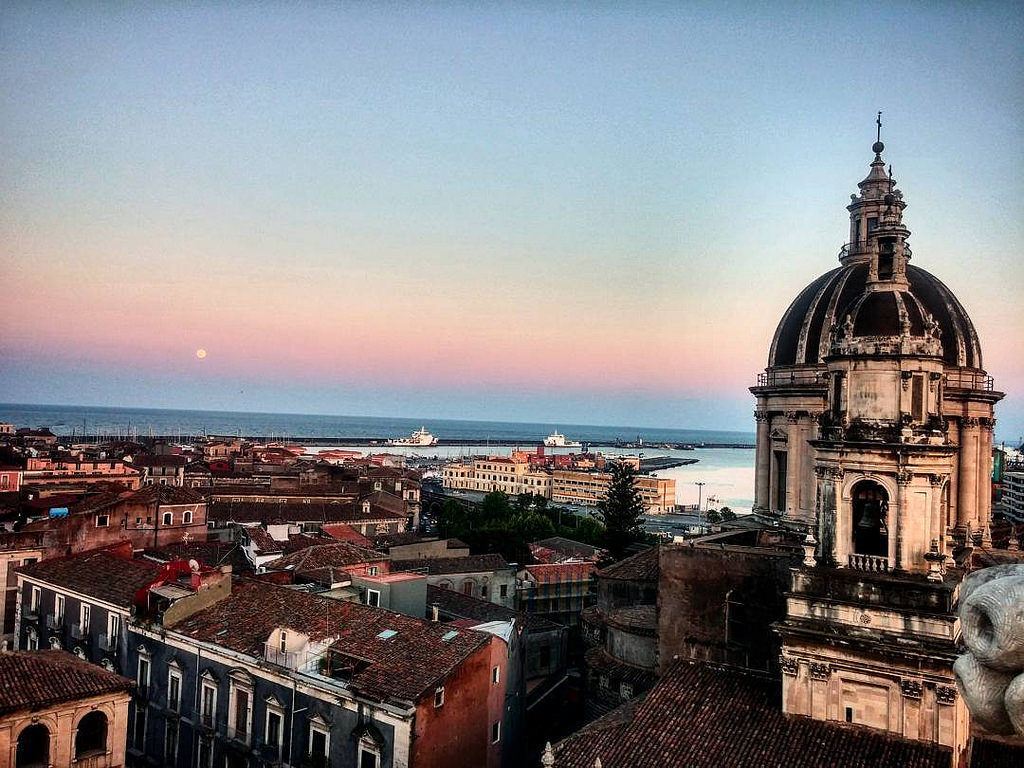 The cult of St. John the Baptist, martyr of Christianity, spread first in the East, starting from Palestine, then in the West, where it spread very rapidly. San Giovanni di Galermo is a small town located on the northern outskirts of Catania: this is the location where every year relives a moment of great civil and religious participation to celebrate the local Patron Saint John the Baptist.

June 23rd and 24th are the days when the local community is gathered not only as a sign of devotion but also to share a moment of joy and spirituality between lights, sounds and colors, in a mix of religiosity and folklore.

On the evening of June 23rd, the religious festivities begin with the solemn Penitential Procession in honor of the Patron Saint. The Procession is called Penitential because all the attendants take very slow steps, in order to offer the Patron the fruit of labor and atonement of sins).
The day after, on June 24th, the Piazza Chiesa Madre is usually packed by pilgrims from all the surrounding villages; some of them may even barefoot, to honor this saint and to thank him for the grace received. The whole community waits for the opening of the entrance door of the splendid “Chiesa Madre” praying and singing hymns. At 6.00 o’clock, the festive ringing accompanied by  fireworks announces the exciting “Unveiling of the Saint”.

The “Unveiling of the Saint”.

The beautiful statue of Saint John is decorated by the ex votos greets the crowd of devotees; att 12 o’clock the glittering “Vara” decorated with flowers and the statue of the Saint comes out for the first time accompanied by the band’s notes, the fireworks, the waving of handkerchiefs, the launch of multicolored stripes.

The scorching sun is part of another ancient traditions of San Giovanni Galermo: “the pueti da vara”. This is the recital of dialect poems by poets devotees from all over Sicily who revive the life and work of the Baptist through their verses. At the end the vairan cordons are finally loosened and you start walking along Via San Pietro Clarenza to the open space of the “Madonnina” to return to the same street in the church.

In the afternoon, the Sicilian carts parade along the streets of the district decorated sumptuously to party, come to pay tribute to the Baptist. Then at 9 in the evening the fercolo – the mobile altar that bring the statue of the Patron – goes out for the second time; Giovanni Battista embraces all the inhabitants of Galermo crowded in the balconies and along all the streets of the ancient village. Then the triumphal return to the church with the final firing of fireworks and a see you next year.

The celebrations of St. John the Baptist in Acitrezza.

Even in Acitrezza the celebrations in honor of San Giovanni Battista are particularly folkloristic. Among the most authentic traditions, it is impossible not to mention the suggestive pantomime of “U Pisci a mari”. It is a tradition that dates back to 1750 and is a sort of propitiatory rite, a parody of swordfish fishing. A representation of the constant struggle between the fishermen and the adversities and dangers of nature to survive in a land where the main form of livelihood is historically made up of fish.

The pantomime also has a comic and exaggerated connotation and is not the only ritual that celebrates the history and the events of St. John the Baptist. On 29 August, in fact, the anniversary of the martyrdom of St. John the Baptist is celebrated in Acitrezza. The simulacrum of the patron is placed in the churchyard and after the celebration of the Eucharist follows a fireworks display.

During the festivities the traditional Swordfish Festival of San Giovanni is held: in two days Acitrezza celebrates its most authentic cuisine and the most delicious typical recipes with the precious swordfish meat. At the port of Acitrezza are prepared large grids ready to churn out swordfish and satisfy the palate of gourmets come for the occasion, in a special moment of sharing and tasting. 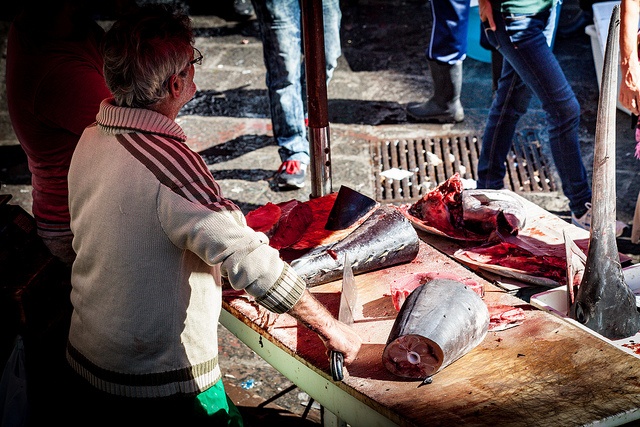