The Monastery of San Nicolò L'Arena is categorized among the largest monasteries in Europe. It is located in the historical centrer of Catania, Italy. UNESCO recognizes it as a World Heritage Site. Currently, it hosts the Humanities Department of the University of Catania.

The Monastery of San Nicolò L’Arena is categorized among the largest monasteries in Europe. It is located in the historical centrer of Catania, Italy. UNESCO recognizes it as a World Heritage Site. Currently, it hosts the Humanities Department of the University of Catania. 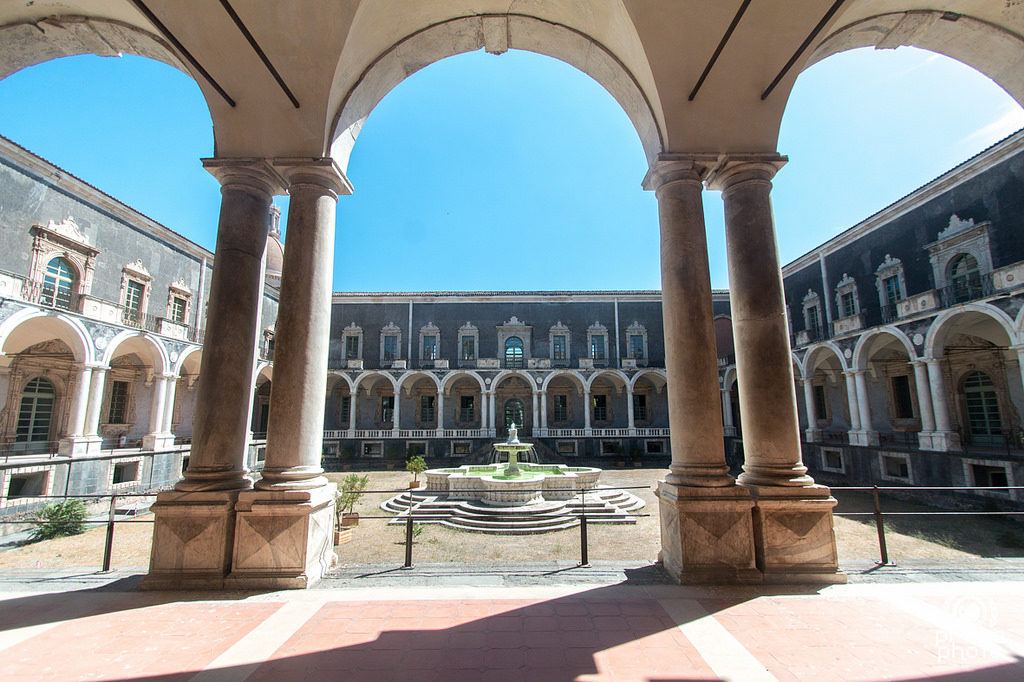 History of the Monastery.

The Monastery of San Nicolò L’Arena, Catania has a long history. Being in existence for over four and a half centuries, the monastery has had to deal with a ton of challenges, including natural disasters. It has journeyed through rise and fall since its first construction to its current state.

The monastery was initially built in 1558 by a Cassinese congregation. Its initial design had a square floor plan. In the middle, there was a cloister called the “marble cloister.” There isn’t much to tell about the monastery’s existence for the first century.

The Etna Lava Eruption Of 1669

This was the first major modification resulting from a natural phenomenon. On March 8, 1669, the Etna volcano erupted and affected the entire city of Catania. It resulted in a layer of lava stone which had a thickness of about 12 meters. To some extent, it could be said that the eruption didn’t destroy the monastery, but it actually fortified it. However, significant damage was evident on the adjoining church, which was not reconstructed until about 18 years later.

The Catastrophic Earthquake Of 1693

In 1702, nine years after the earthquake, the monastery’s reconstruction started. The project was sited at the original monastery’s location. It involved a bigger and more sophisticated structure which was designed to withstand vulnerabilities. After the reconstruction, it rose in the ranking across the continent, and has maintained its position to date.

In 1866, the monastery was confiscated by the new Reign of Italy. From 1868, it was used as a civil service center with schools, offices, and other social amenities moving into it. It was used this way until in 1977, when it was donated to the University of Catania.

Despite being used in diverse ways and experiencing a lot of structural changes over time, the Monastery of San Nicolò L’Arena, Catania is still a scenic monastery. This is a great destination to visit not only for its rich history, but also for the natural beauty.