The Carnival of Venice 2019: an extravaganza legacy

Carnival (or “Carnevale”) is a centuries-old Italian tradition and one of the world’s most famous celebrations. As with Carnivals celebrated around the globe, the Carnival in Venice takes place in the days leading up to Lent.

Carnival parties were off-limits during the 40 days of Lent, people would go all out before Ash Wednesday – eating, drinking, and savoring life’s pleasures in style.

Carnival in Venice and the tradition of masking

It is thought that people started celebrating Carnival in the 5th century, but it was in 1162 when townspeople reveled over their victory with the Patriarch of Aquileia, that Venetians began celebrating in earnest. And in Venice, it’s not only a time to see the city at its most vibrant and colorful – it’s the masquerade that makes the Venetian Carnival such a special experience.

The tradition of masking harks back to the very beginnings of Carnival, when people would don elaborate masks to conceal their identities. These acted as a great equalizer, dissolving social barriers and allowing the rich and poor to mingle together at parties. Under the guise of masks, peasants and aristocrats could gamble side by side, and dance and drink their nights away. While wearing masks (and throwing perfumed eggs!) was banned by a law passed in 1268, the masquerade was a fixture of Carnival by the time of the Renaissance. 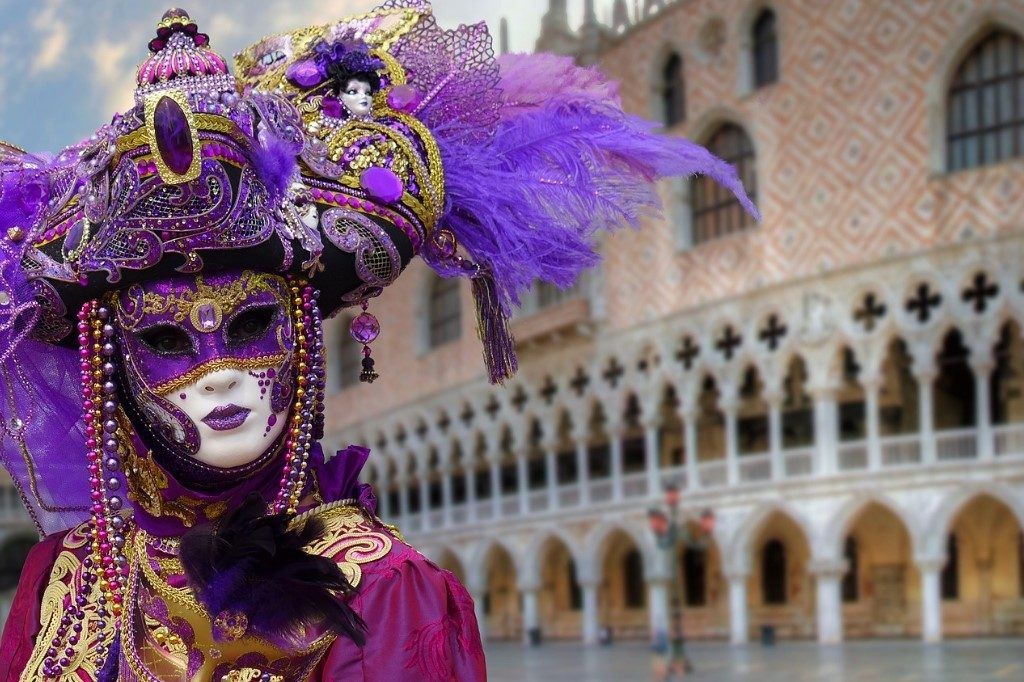 Early Venetian masks were rather simple, and often served a practical purpose. Women were not allowed in the theater without covering their faces, and black velvet masks were often seen in gambling parlors or houses of ill-repute to protect the identities of their owners.

The festivities soon went downhill by the 18th century while the celebration were banned altogether in the 1930s. But Carnivale experienced a tremendous revival in 1979, when a group of Venetian artists banned together to restart it. This resurrected the long-forgotten art of mask-making, and shaped Carnival into the massive two-week celebration it is today.

At Hotel Danieli we have the opportunity to introduce to our guests the true Carnival atmosphere recreating the magic of a Minuetto costume ball in the Marco Polo halls. During and after dinner guests will learn the basic steps of the dances from 1700s and 1800s. The four course dinner is seated with wines included and a baroque ensemble will play live throughout the evening. All the menu is created by the Executive Chef of Hotel Danieli, Alberto Fol.

Discover the unique emotion of hiding yourself during Carnival in Venice by dressing up in heritage costumes at Hotel Danieli where the Atelier Tiepolo will pamper your fantasies. It will be available from Friday, February 22nd until Tuesday, March 5th.

The Venice carnival turns the city every year into a spectacular gala of glamorous Venetian balls, fireworks display, pageantry, musical performances, and color. Carnival is the time to go if you want to experience Venice exotic atmosphere at its best.  The iconic Carnival of Venice takes place this year between February 16 and March 5. 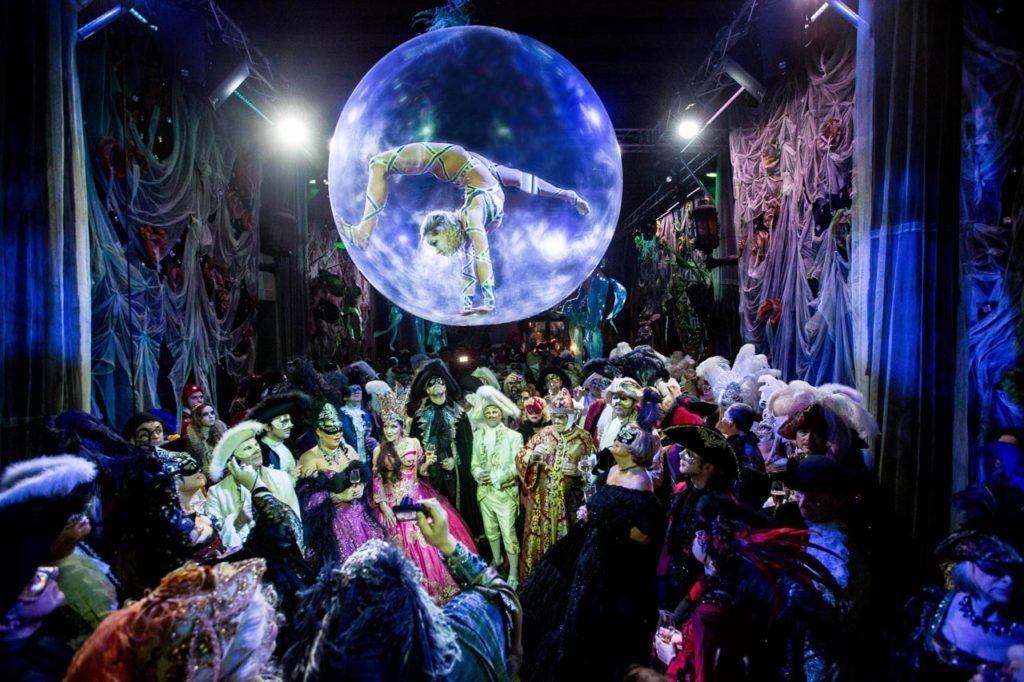 Guide for The Venice Carnival Festival of 2019:

On March 2, 2019 is the twenty-sixth edition of one of the most exclusive and evocative events of the Venetian Carnival, the Ballo del Doge, designed by Antonia Sautter.

Time does not affect the essence of the Doge’s Ball, which remains faithful to its original principles:

Disguising oneself in order to fully feel and explore using the five senses, unleashing one’s own instinct.

The title and the theme of the XXVI edition Il Ballo del Doge 2019 is “The Magnificent Ephemeral” and it represents a provocation, a challenge, an invitation to indulge in the attractiveness and beauty of the ephemeral, which seduces and that one wishes to set in stone, despite being fleeting and passing.

On February 17, the music parade takes place in the Grand Canal starting at 11 am. Visitors need to arrive at the destination, Rio di Cannargio, in order to see them.

The vintage parade tradition of a Venetian costumed girl crossing Riva Degli Schiavoni and Garibaldi will take place beginning February 23. It starts at 2:30 pm from San Pietro di Castello and reaches San Marco stage at 4:00 pm. The event lasts 10 days and is a great opportunity to enjoy the sights.

A daily catwalk is organized every day until February 28 on Piazza San Marco from 3:30 pm until 5 pm. Competitors in masks will compete for the public’s votes. The catwalk semi-finals are scheduled for February 28 and March 2. The final parade will be held at 2:30 pm on March 3. The children’s parade is on March 4, with subscription for participation.

Flight of the Angel (Opening Ceremony)

The girl who won the Festa delle Marie contest in 2018, Erika Chia, will be this year’s angel on February 2 starting at 11 am.

After enjoying the Flight of the Angel’s success, which began during the 2012 Venice Carnival, the organizing committee has decided to introduce the “Flight of the Eagle,” conventionally happening one week after the Flight of the Angel and featuring similar dynamics. The person who will perform the flight is still unknown. Important celebrities from the worlds of music, cinema, and sports usually take part in this event, disguised as one popular character from the Venice Carnival – Pulcinella. It takes place on March 3, at 11 pm. The event is an iconic performance that blends the Venetian tradition with modern entertainment.

The Carnevale del Futuro will take place on 1 March from the dinner time. It is a step in a parallel universe moved in time, a set of sensations with amazing couture, cutting-edge production techniques, in-demand artists and world-renowned DJs. For one night, the Arsenale di Venezia will become a portal of new world beyond the infinity.