Connecting Piazza di Spagna and the Church of Trinità dei Monti,The Spanish Steps are one of the most popular attractions in Rome. Every day, thousands of tourists walk the square and the 135 steps to experience the magic of this fascinating place.

Connecting Piazza di Spagna and the Church of Trinità dei Monti,The Spanish Steps are one of the most popular attractions in Rome. Every day, thousands of tourists walk the square and the 135 steps to experience the magic of this fascinating place. 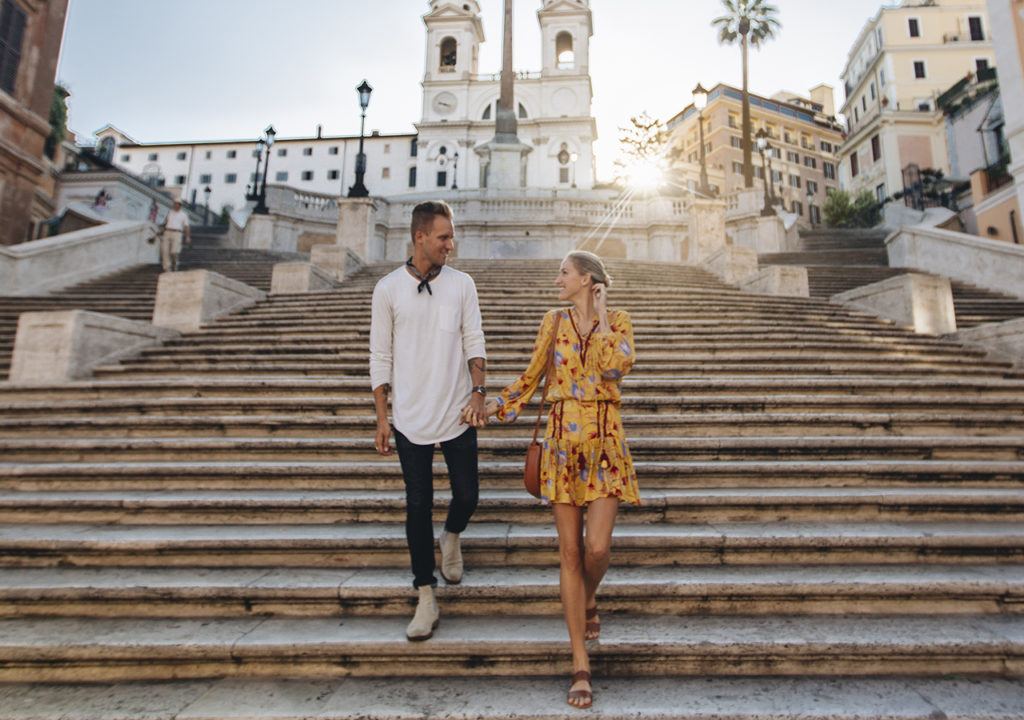 The Piazza di Spagna in Rome is truly among the most popular squares in this iconic city. Sometimes called “The Spanish Square” in English, this renowned area got its name from the Spanish Embassy to the Vatican which has been located there since 1647.

Although it’s not actually shaped like a square, the Piazza di Spagna, which is a great example of the Italian Baroque style. rests at the bottom of the Spanish Steps (or Scalina Spagna), another of Rome’s most visited sites. Being located in a very affluent neighborhood, the Piazza di Spagna in Rome houses a lot of 17th-century villas as well as some from the 18th-century among its high streets.

As one of the most popular squares in the city, you can expect to find a constant stream of visitors to this area throughout the day. If you want to avoid the bustling throngs, the best time to visit the Piazza di Spagna is during the early morning. 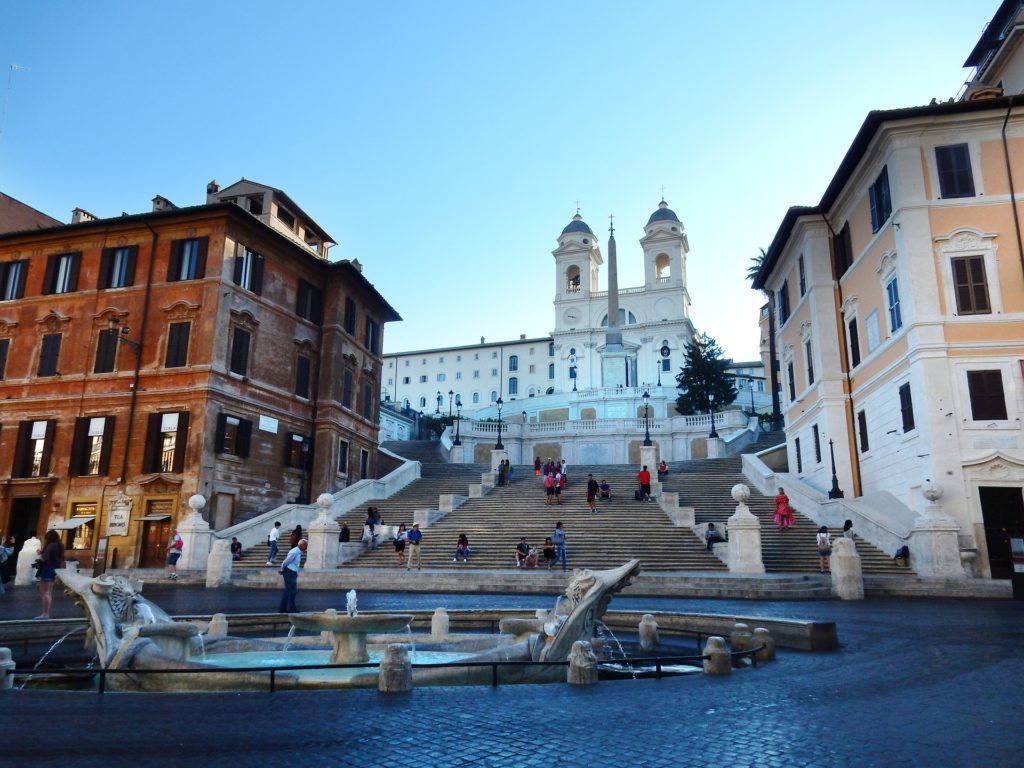 The Spanish Steps climb a steep slope connecting the piazza to the Trinità dei Monti at the top. This is a late Renaissance titular Catholic church located right at the top of the slope. It is truly a magnificent sight to behold, thanks to its commanding position and grand design.

The church was built in the early 1500s, during which time there was only a sloping hill connecting it to the square below. The staircase made up of 135 steps to the Trinità dei Monti wasn’t built until much later, in 1725 by two well-known architects, Alessandro Specchi and Francesco de Sanctis.

The steps are a favorite of many tourists and locals alike and over the years they have become one of the most visited parts of the city. At any time of day, you’ll find many people sitting there, relaxing, and soaking in the views of the Piazza di Spagna. At the bottom of the star. 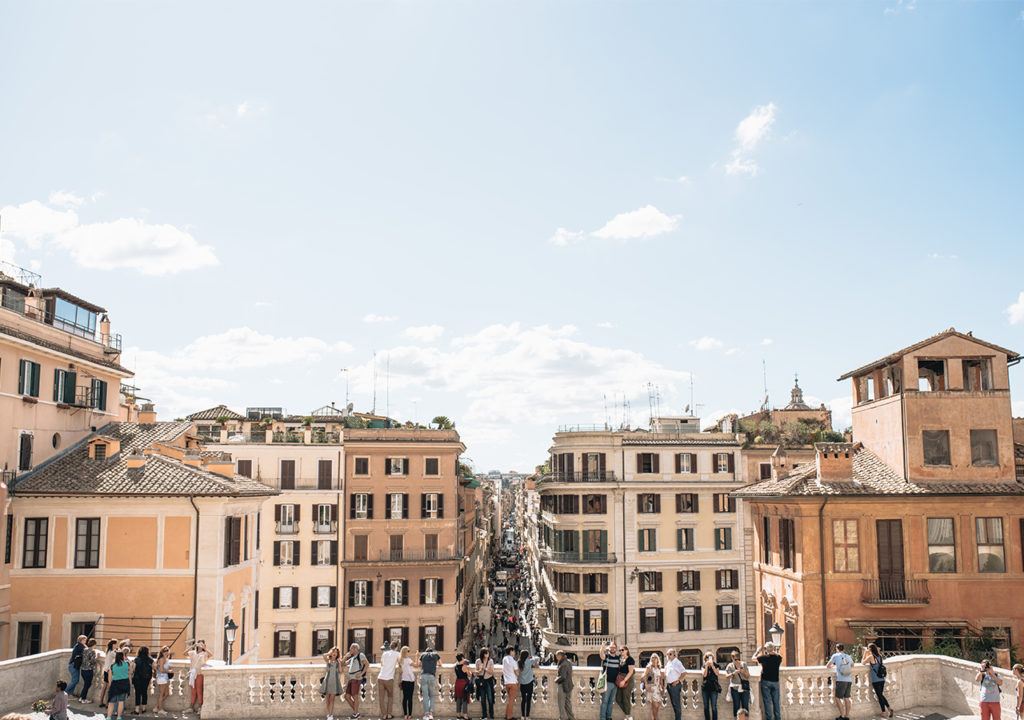 This is the fountain located at the base of the steps. It was built in 1629 by Pietro Bernini who was in charge of distributing water from one of the city’s aqueducts. The fountain is in the shape of a boat and it has emblems engraved on it from the Barberini family.

The name “Fontana della Barcaccia” literally means “fountain of the ugly boat.” After its completion, the fountain was placed in the center of the square by Pope Urban III. Together, the square, the steps, and the church make up a very unique and interesting part of Rome’s history, and it’s no wonder visitors flock to this area constantly throughout the year.

Nearby palces to Visit

There are many other places to see nearby, including the Keats-Shelley House which is located just 20 yards away. After your visit to the square, you can also take a trip to the Trevi Fountain, Piazza Colonna, Ara Pacis, and Our Lady of the Conception – all of which are located just a few minutes away from the Piazza di Spagna.

Although the Spanish Steps are part of an amazing landmark in Rome, to the Romans, they are best known for being one of the best shopping areas.

Here you will find quite a few cultural things you can do in addition to shopping, including visiting some of the wonderful wine bars, cafes, and restaurants located around this area. Being central to nearly everything you may want to see, the Spanish Steps are a great place to visit during your trip to Rome. 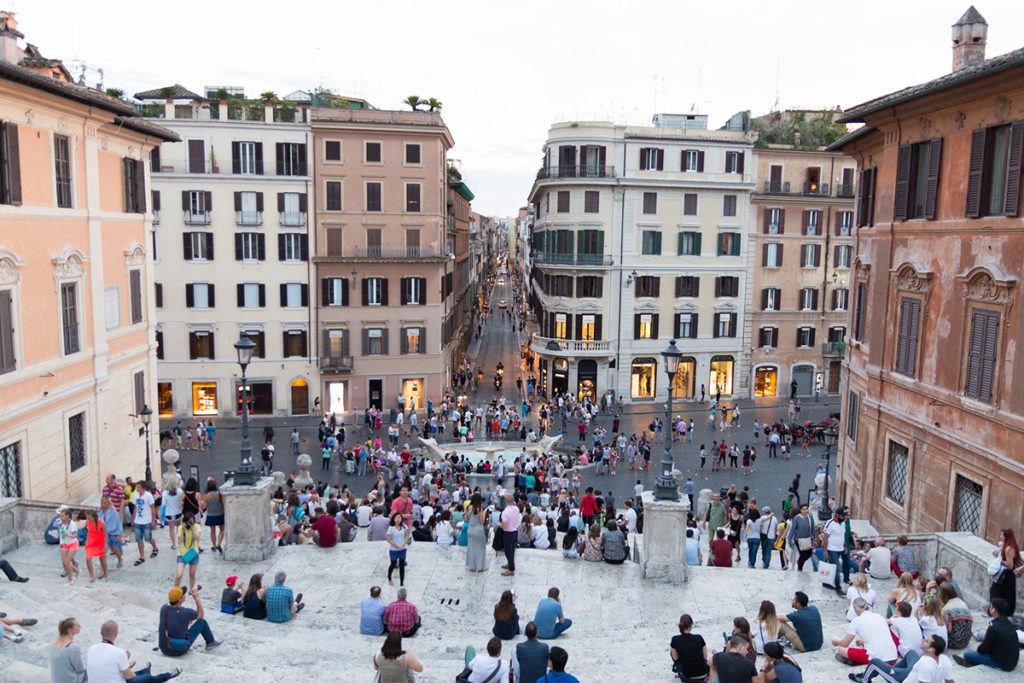 A perfect location in the heart of Rome for leisure, business, shopping and nightlife. 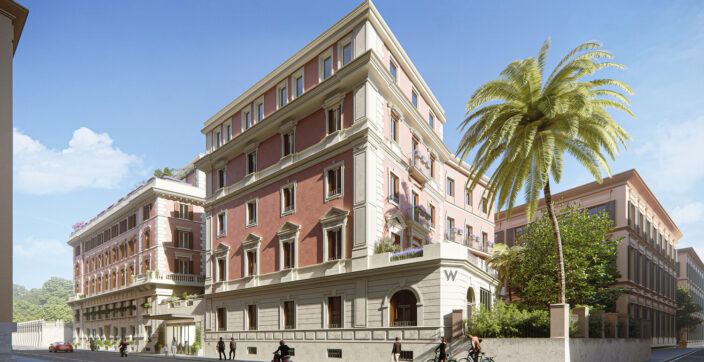 W Rome redefines the luxury hotel scene of the Eternal City through its informal yet impeccable Whatever/Whenever service and trademark high energy.

With the ancient Roman temple as our muse, the bespoke design showcases the best of ‘Made in Italy’, with the highest quality Roman materials. The unique look is an ode to the arches of the imposing Pantheon and the round lines of its famous oculus and dome. Each of our 79 rooms and suites represents a contemporary interpretation of the grandeur of Ancient Rome.
Load more
(Now showing 3 of 5)