Things to do & see in Milan

Explore Milan with the 10 top spots to see when visiting the first time. A city where "la moda" is philosophy.

Milan is the city of fashion, aperitivo, formula 1 and trendy lifestyle, all combined in a historic city that has recently received a complete refresh in preparation of the EXPO2015. If these are not enough reasons to discover Milano with all its splendor.

The Top 10 in the City of Fashion

Here are tour Top 10 places to see when in Milan.

Milan Cathedral is the cathedral church of Milan, Italy. Dedicated to St Mary of the Nativity (Santa Maria Nascente), it is the seat of the Archbishop of Milan. The Gothic cathedral took nearly six centuries to complete, it is the 5th-largest church in the world and the second largest in Italy 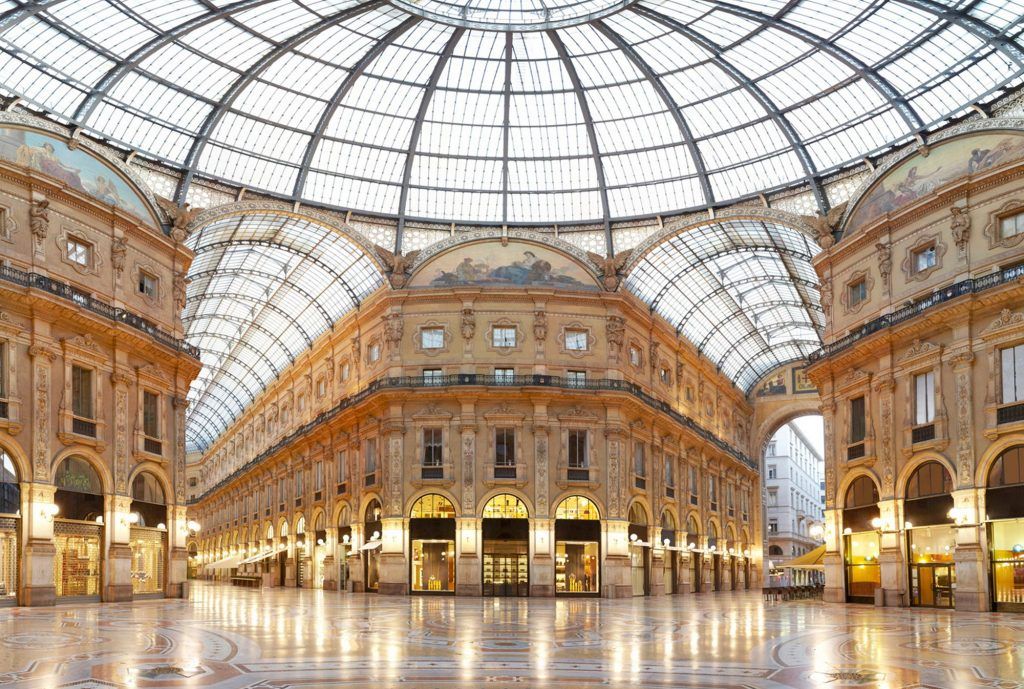 One of the world’s oldest shopping malls. Housed within a four-story double arcade in central Milan, the Galleria is named after Vittorio Emanuele II, the first king of the Kingdom of Italy. It was designed in 1861 and built by Giuseppe Mengoni between 1865 and 1877. 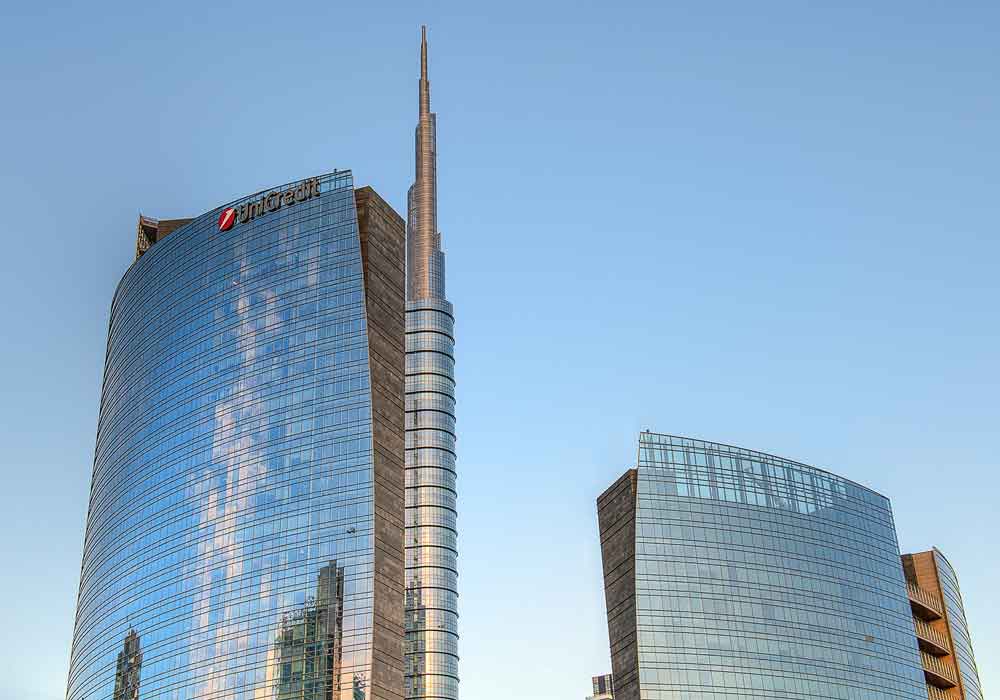 Literally, (“new gate”) is the main business district of Milan, Italy. It is named after the well-preserved Napoleonic gate built in 1810–13 on this site. After a long period of urban decay, the Porta Nuova district is now undergoing a massive renewal, thanks to the “Progetto Porta Nuova” (Porta Nuova Project). 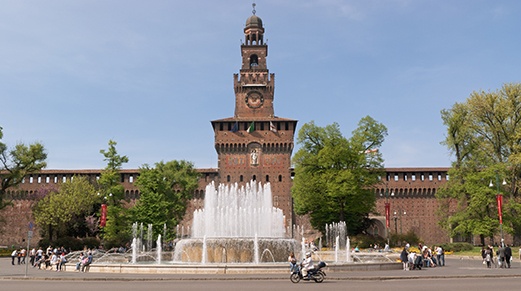 Sforza Castle is a castle in Milan, northern Italy. It was built in the 15th century by Francesco Sforza, Duke of Milan, on the remains of a 14th-century fortification. Later renovated and enlarged, in the 16th and 17th centuries it was one of the largest citadels in Europe. Extensively rebuilt by Luca Beltrami in 1891–1905, it now houses several of the city’s museums and art collections.

The park is adjacent to the gardens of the Sforza Castle and to the Arch of Peace, two of the prominent landmarks of Milan. The very design of the park, due to architect Emilio Alemagna, was conceived with the intent of creating panoramic views encompassing both monuments. In the park are Arena Civica, the public aquarium, and the Torre Branca tower. The X Triennial Pavilion (1954) has been converted into a public library. 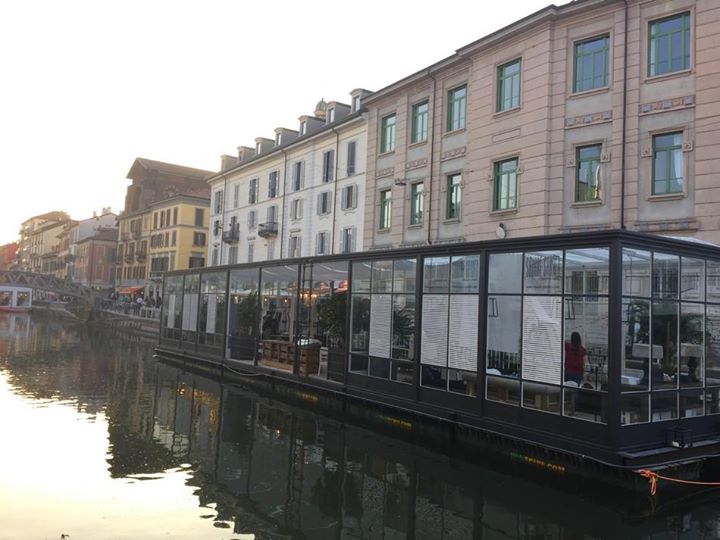 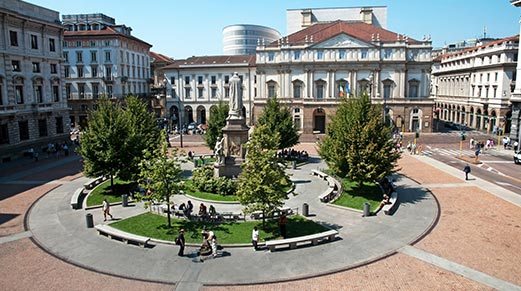 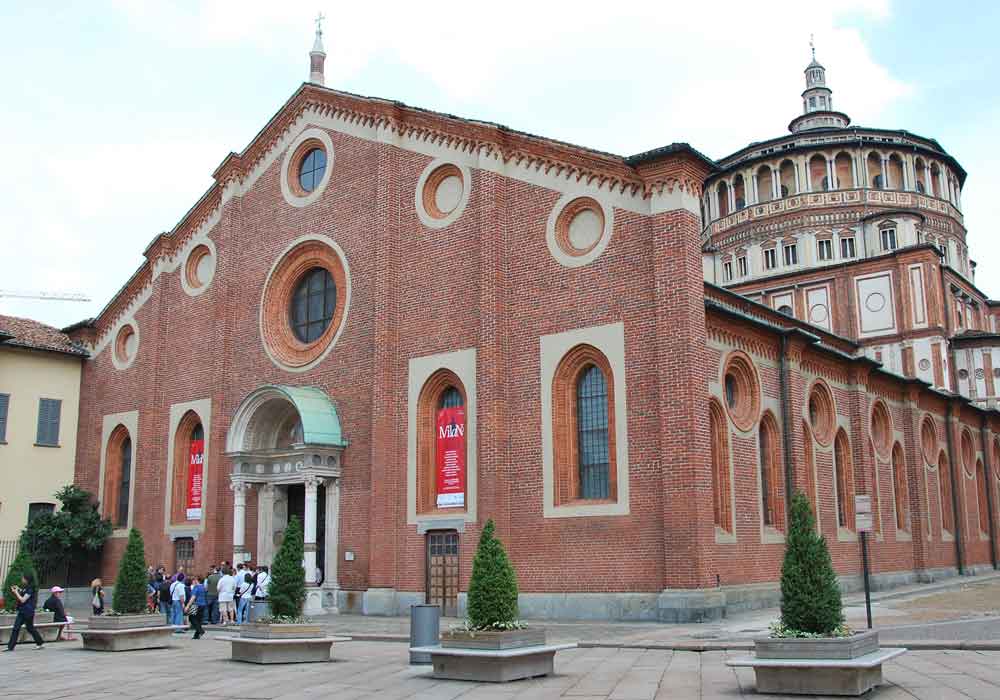 Santa Maria delle Grazie (“Holy Mary of Grace”) is a church and Dominican convent in Milan, northern Italy, included in the UNESCO World Heritage sites list. The church contains the mural of The Last Supper by Leonardo da Vinci, which is in the refectory of the convent. 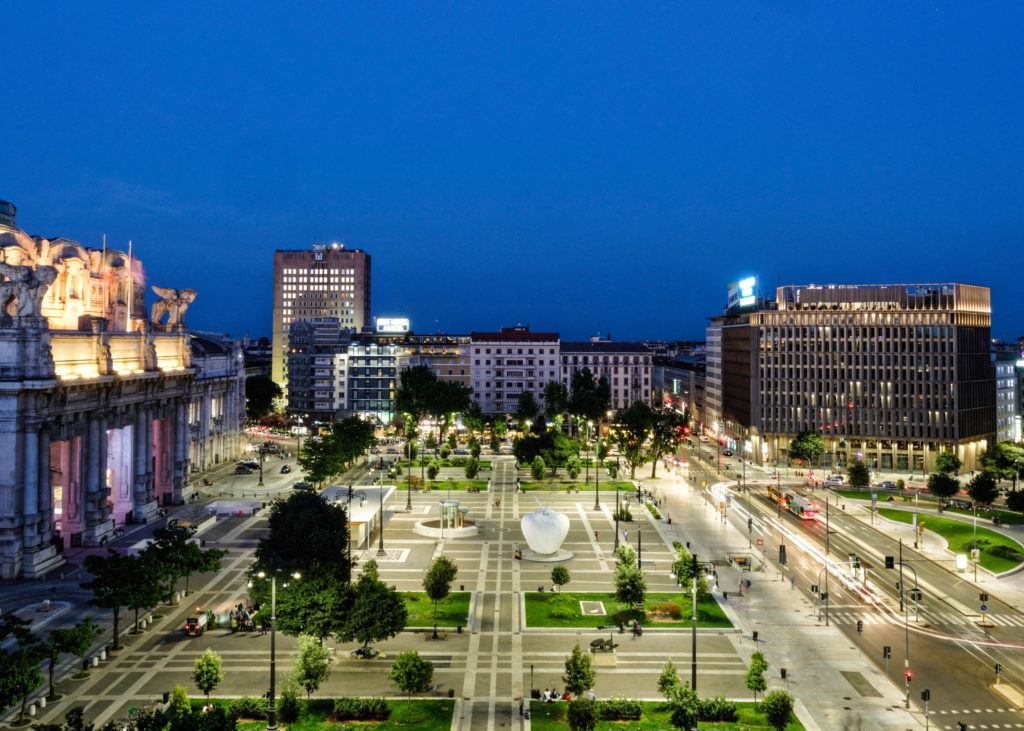 Is a square of 100 meters of diameter dedicated to Gae Aulenti an Italian architect, lighting and interior designer, and industrial designer. She was well known for several large-scale museum projects, including Musée d’Orsay in Paris (1980–86), the Contemporary Art Gallery at the Centre Pompidou in Paris, Palazzo Grassi in Venice(1985–86), and the Asian Art Museum of San Francisco (2000–2003).

Expo 2015 is the current Universal Exposition being hosted by Milan, Italy. The opening took place on 1 May 2015 at 10:00 am and the expo will close on 31 October 2015. This is the second time Milan has hosted the exposition, the first being the Milan International of 1906.

Excelsior Hotel Gallia, Milan is an extraordinary destination in a city recognized for its creativity, where fashion, design, and cuisine come together.

Located in Terminal 1 of Malpensa Airport (MXP), we are within easy reach of Milan, Italy's fashion and finance capital. Northern Italy’s most famed destinations, including Lake Como, the Alps, Lake Maggiore, and the Park of Ticino are temptingly nearby.
Load more
(Now showing 3 of 5)