Venice and its mysteries

Venice hides many secrets regarding legends on Christian relics because the city had good commercial relations with the Eastern world.

Venice is an ancient city in the north Est of Italy. It is situated across 117 little islands in the Venetian Lagoon separated from the famous canal. Well known as one of the most romantic cities in the world, Venice hides many secrets regarding legends on Christian relics because the city had good commercial relations with the Eastern world. 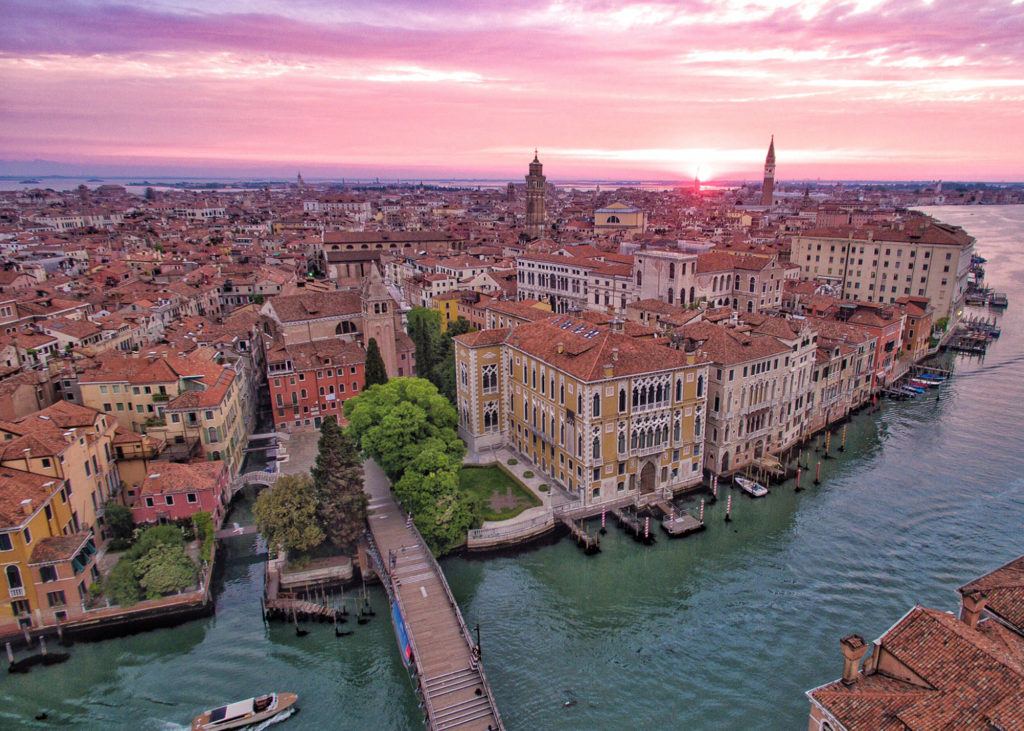 The Holy Grail is one of the most fascinating and interesting stories of all times: according to the legend, the sacred cup was used by Giuseppe D’ Arimatea to collect Christ’s blood after his crucifixion. From this moment on, it’s hard to keep track of the Holy Grail, but the legend says that it was among the many treasures brought from Constantinople to Venice by the Venetians during the Crusade wars.

Where is the Holy Grail now? This remains a mystery, but many believe that the cup is hidden in the S. Peter’s throne, inside the S. Pietro in Castello church in Venice.

Legend has it that a certain tall man with huge hands once lived at Corte Bressana (also known as Casa Bressana), located not far from Basilica of the SS. John and Paul. Furthermore, this man, who worked as a bell-ringer for San Marco, was approached one Sunday after mass by the director of Venice’s scientific institute. The director, who was intrigued by the man’s tall frame (over 2 meters), wanted him to give his body for a fee to the same institute after death.

Now the bell-ringer agreed to this proposal after giving it some thought. He considered this a good deal since he believed he would outlive the director, who was much older. However, not long after spending some of his compensation from this deal, the bell-ringer died. Moreover, nowadays it is believed that during hazy nights, the ghost of the bell-ringer wanders about in St. John and Paul’s Church, requesting for funds to buy back his skeleton. 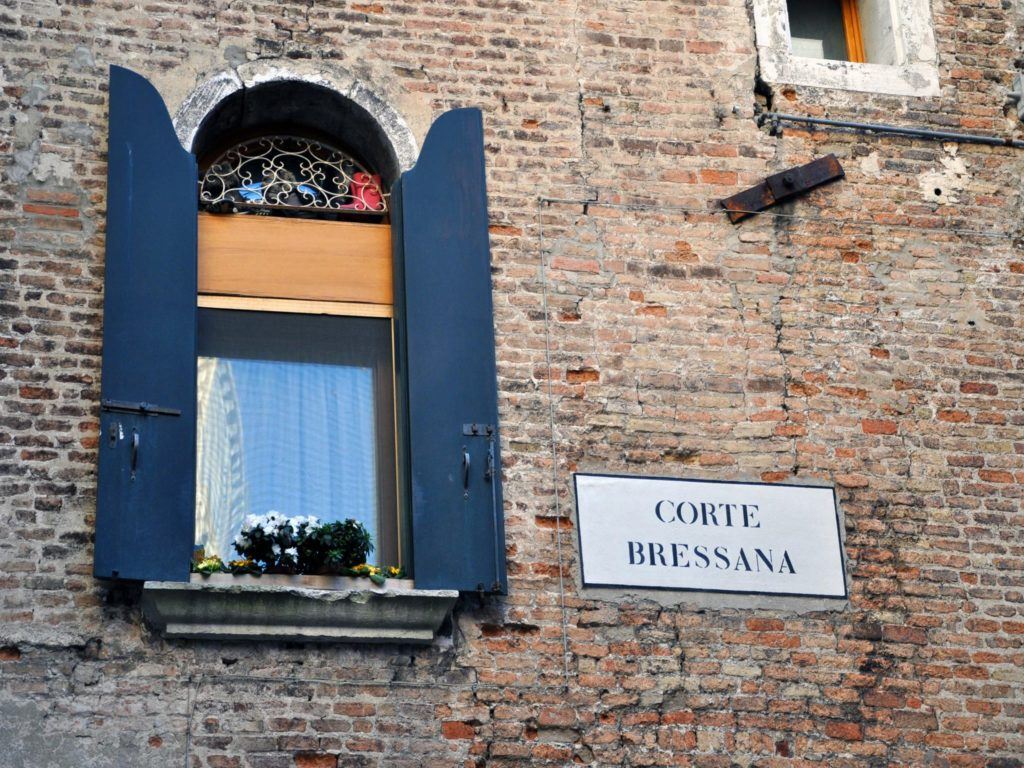 The exotic square called Campo de l’Abazia is still wearing its original bricks, giving it the look of the centuries gone by. What’s more, the square is enclosed by the Scuola Vecchia della Misericordia and, of course, the Church of Abazia della Misericordia.

This church, which was established sometime in the tenth century, had its facade rebuilt in 1659. Additionally, in Campo de l’Abazia, there is another skeleton story, albeit a burning skeleton story. It was that of Bartolomeo Zenni, a money lender, who is believed to have been condemned to change himself completely into a burning skeleton due to his cruelty. 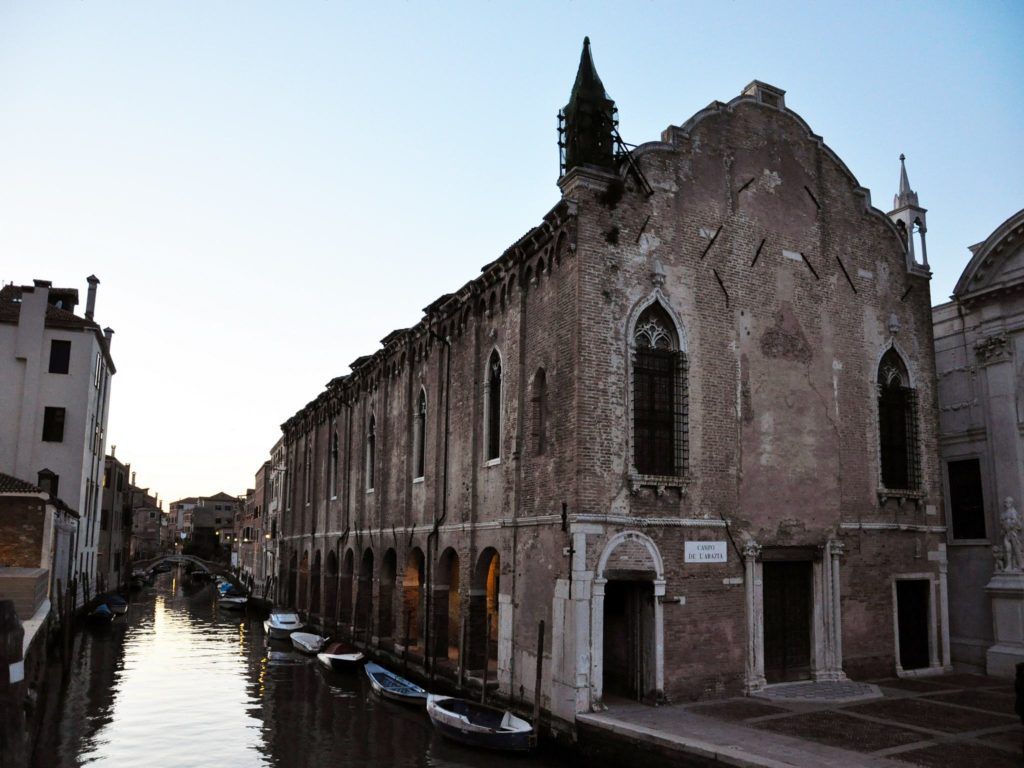 The St Mark’s School dates back to the 13th century and extensive changes were made to the building in the 15th and 16th centuries. Its Renaissance front with its white and polychrome marble statues is breathtaking to behold, but this stunning building has a little curiosity that is on the right side of the entrance door, which is even more captivating to all who visit the school (learn more about the school story).

Engraved on a stone at the entrance of St Mark’s school, is an old image bearing the figure of a man holding a heart in his left hand. This image evokes an old Christian legend about a woman who fell in love with a Jew and bore him a son. The son was never accepted by either the Christian community or the Turkish community and this tore him apart. He became bitter and angry at the world.

One day, while in a violent quarrel with his mother, he choked her and pulled her heart out of her chest. When the blinding anger had passed and he saw what he had done, he panicked and threw himself into the nearby lagoon and drowned. Cecco, a stonecutter who was working on the school building, was the only witness to all this and immortalized this heart-wrenching story in stone.

There is no other way to fully appreciate the mysteries of this beautiful and historic place than to visit the school yourself.