Villa Erba is one of the main characteristic villas on Lake Como. Luchino Visconti, one of Italy's best known directors, spent much of his life here. He decided to shoot one of the world cinema masterpieces, called Ludwig.

Built between 1898 and 1901 by the architects Giovanni Battista Borsani and Angelo Savoldi, Villa Erba is one of the many beautiful villas that overlook Lake Como, rich in history and charm. The Villa stands where a female monastery had been built at the end of the 11th century.

The ownership of the villa was initially of the Peluso family; Later it passed to Carlo Erba and then to his son Luigi, who decided to build it to show his wealth and the importance of the family and to welcome illustrious personalities of the time and host worldly events.

The villa was later inherited by his daughter Carla, who married the duke Giuseppe Visconti di Mondrone. It was the summer residence of their son and great director Luchino Visconti. In the eighties, the villa was then purchased by a public consortium that created a congress exhibition complex to benefit the municipalities of Como and Cernobbio.

Today Villa Erba hosts to numerous events, fairs, conventions and is a location for private and corporate events. For Italian cinema’s lovers, the museum houses the rooms of Luchino Visconti, a place to retrace the relationship between the director and the home of his family. 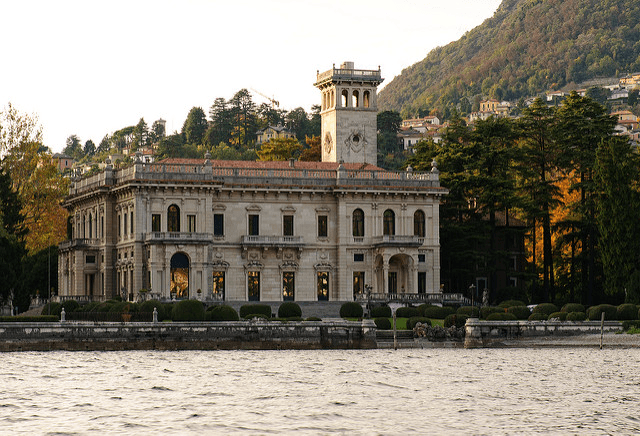 Overiew of the Villa

The building extends over two floors and develops on a square plan. It has wide stairways sloping towards the lake, an entrance portico and a large panoramic tower that joins the noble part of the villa to the wing intended for service personnel. Of great value are the numerous paintings included in the decorations of walls and ceilings (as for example Angiolo D’Andrea, well-known painter of the Belle Epoque Milanese) and also the two large portraits of the first owners of the villa, Luigi Erba and Anna Brivio.

Each window of Villa Erba is a painting that offers always different views of the lake and its beauties. The atrium is the centerpiece of the villa. All around we find the rooms on the ground floor, surrounded by terraces and atmospheres that can all be customized with ad hoc settings.  The rooms of Luchino Visconti are located in the heart of the villa.

There is also has a huge garden characterized by crystal glass, a glass and steel construction inspired by the design of the old Larian greenhouses: a perfect balance between history, elegance and innovation. In the park we also find a Zen garden by the Japanese master Yasuo Kitayama.

Luchino Visconti, a well-known theater and film director, made a significant contribution to making the image of Villa Erba as the home of affections, of the leisure on the shores of the lake and of the memories of when he was a child.

The “little artist” was fascinated by medieval tales, he used to go to the labyrinth behind the villa inhabited for centuries by the religious to learn their story, coming from Burgundy. He heard the voices of the nuns express themselves in melodious songs and prayers addressed to heaven invoking divine help for the ten-year war fought between Milan and Como (1118-1127).

This fact led Luchino to look at life with passionate disenchantment, immersed in the beauty of a place whose image remained forever in his heart, until his last days of life. 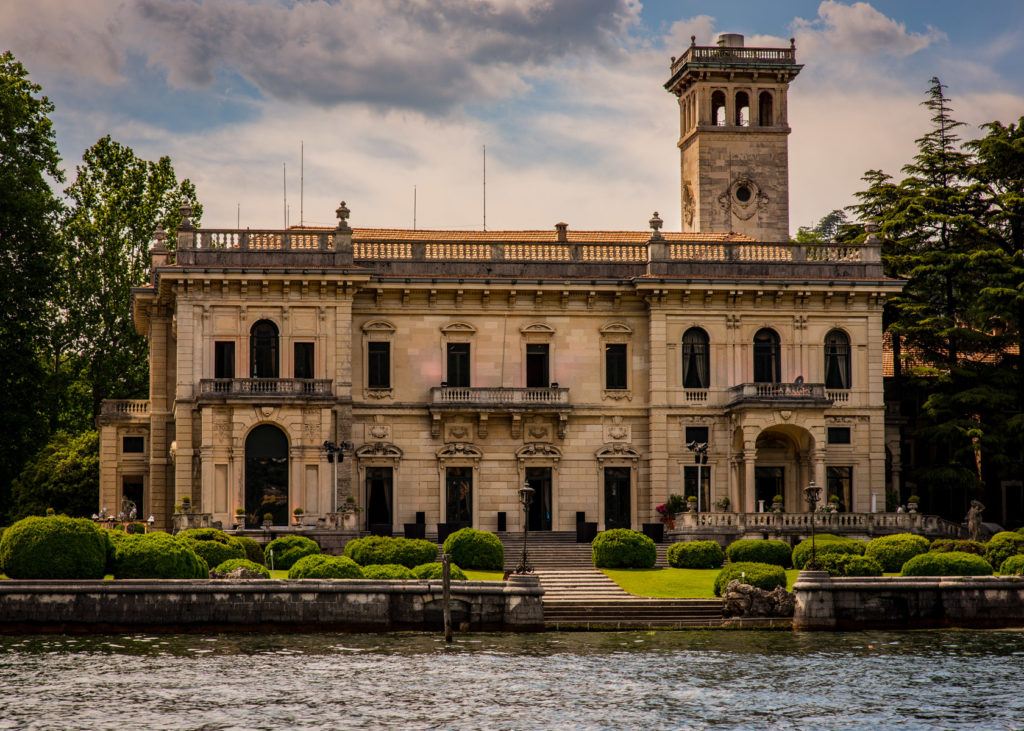 Villa Erba was an inexhaustible source of inspiration for the work of Luchino Visconti. In 1929, in the halls of the villa, a dance was held for the engagement of Umberto di Savoia and Maria José: this was the first mundane event attended by the director and was so impressed that he wanted to recreate those atmospheres in a scene in “Il Gattopardo”. Other quotes from Villa Erba can be found in the dock in “La Caduta degli Dei” and in the Venetian furnishings in “Morte a Venezia”. Visconti returned to Villa Erba in 1972, to complete the editing of Ludwig.

In 1972 the Ludwig release completes the final German trilogy of the Milanese director, begun in 1969 with “The Fall of the Gods” and continued with “Death in Venice” in 1971. It represents the highest point of Visconti’s poetics. Visconti was attracted by no future titanism typical of German classical culture.

The movie is about a nineteen-year-old named Ludwig who ascended the throne of Bavaria. His aim was to spread his love for art among his subjects: he then called Richard Wagner to his court, clashing with his ministers who did not like the composer. Ludwig became more and more lonely after the defeat of Bavaria with Prussia. He also refused to marry the beautiful Sophie, due to the discovery of his homosexuality.

Subsequently after the aggravation of the conditions of his brother, he decided to take refuge in one of his “fairy-tale castles”. A minister of Bismarck, Holnstein discovered that Ludwig was also mentally ill; Soon after, he died in mysterious circumstances and will be found in the waters of Lake Starnberg, together with his doctor.

In 1971 Luchino Visconti won the David European Award for best film and best director for his masterpiece.