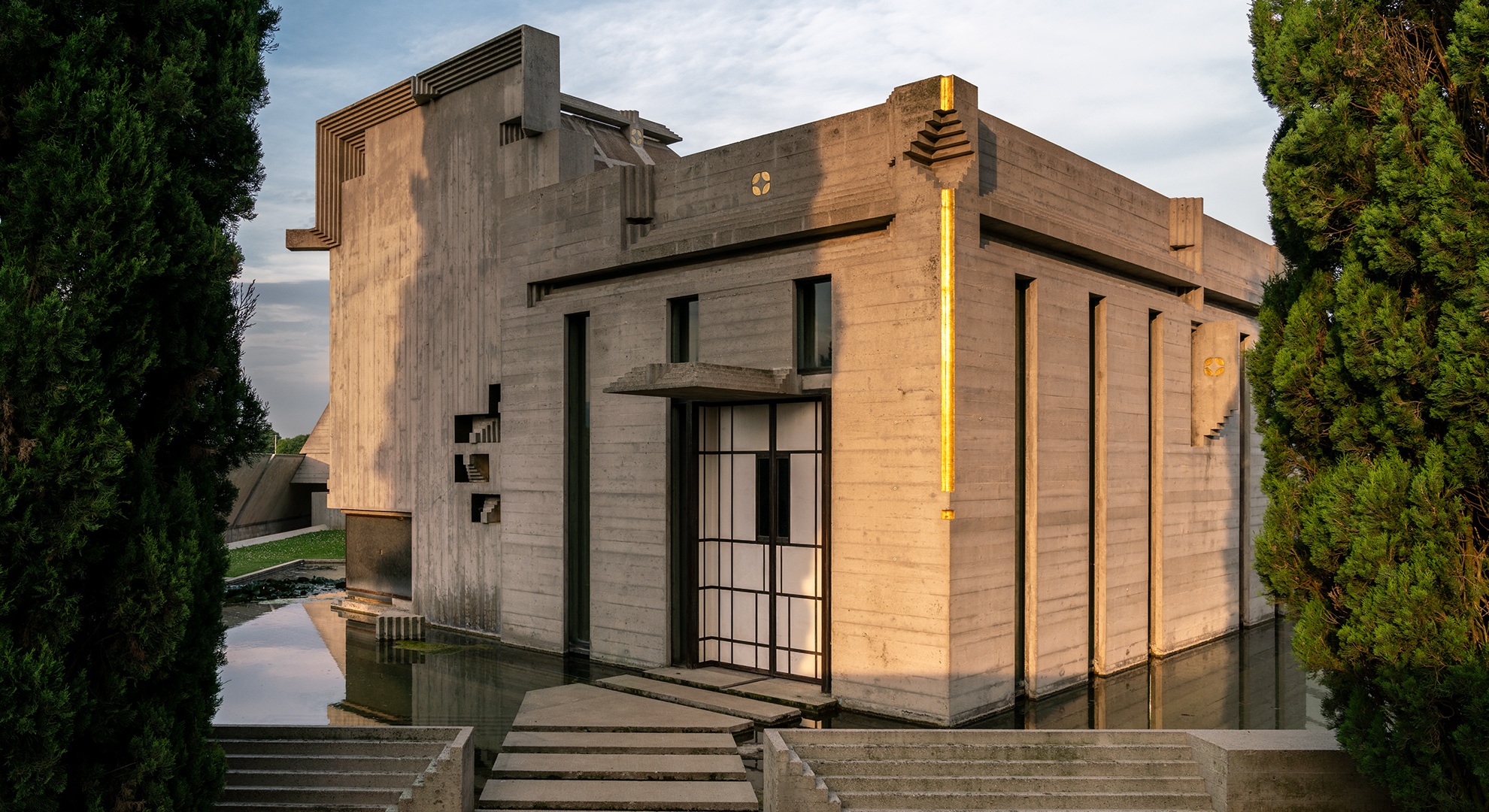 Tomba Brion was commissioned to Carlo Scarpa in 1969 by Onorina Tomasi Brion, widow of Giuseppe Brion, the founder of the avant-garde Italian design company of radio and televisions Brionvega. Serving as a monument celebrating life and marital love, this memorial built on 2,500 square metres of greenery is a place of serenity and a truly meditative journey. Such was Scarpa’s involvement and dedication to this project that he asked to be buried in this memorial.

How do visitors take on an active and participatory role in this work?

Describing the Brion Memorial is no substitute to a visit considering no other similar building exists. The size of the architectural structures, their placement in the area, the materials used; such as the skilfully worked concrete, the Venetian mosaics, lime plasters, the greenery, and the water basins awaken the senses: be they visual, tactile, auditory, or olfactory. It is not an architecture based on hedonism but rather a peaceful place in which to rest. The memorial has been designed on a human scale and its elements are meant to be viewed at eye level. The viewer takes on an active role in the encounter between history and memory.

What role is given to natural elements and the passage of time in the Brion Memorial?

The passage of time is governed by the sun’s movement in the sky: you enter the Memorial from the west – from the town cemetery’s entrance gate- and proceed towards the Propilei’s entrance to the shrine on the east. This has a clear symbolic meaning. The Brion tomb is in the north-eastern corner and its ceiling is fully decorated with mosaics, the family chapel and the temple are in the northern wing. The whole memorial is set within steeply inclined walls at a 60° angle encompassing the surrounding lawn, and the design of the wall’s edge has been conceived to exclude the external buildings from eyesight, drawing you instead to the pristine panorama of the church of San Vito and the Rocca di Asolo.

What do you keep discovering and learning from Carlo Scarpa?

As with many artistic and cultural works, the Brion Memorial conveys multiple meanings. One visit isn’t enough to capture its essence, but its meaning is expanded visit upon visit, opening up to new interpretations on a formal, poetic and symbolic level. It is obviously not a hedonistic view of architecture but a cognitive journey, which allows us to get closer to the concept of life through beauty. 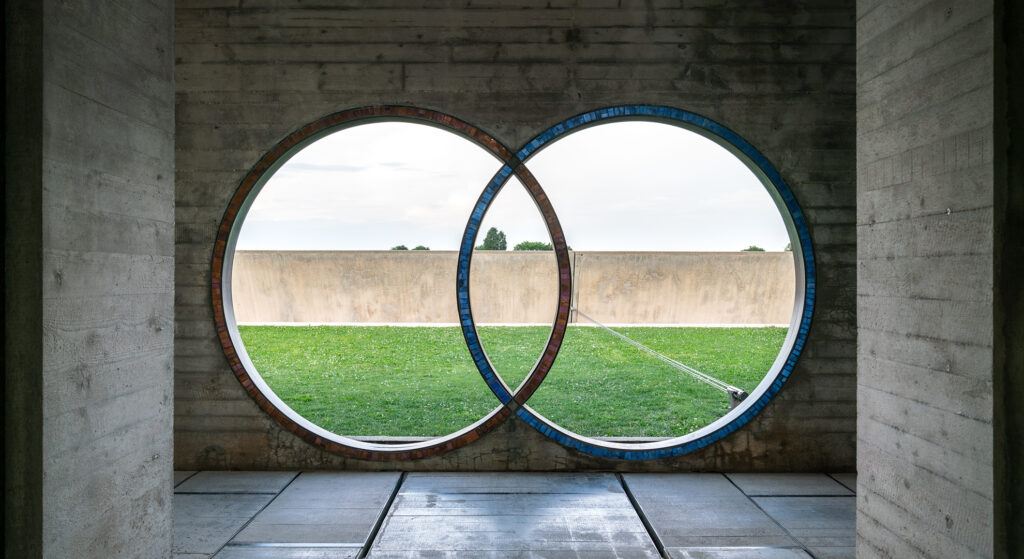