The stunning work of Brunelleschi

He can easily be considered one of the founding fathers of the Renaissance as well as the birth of Florence as a result of his gorgeous architectural designs.

A mastermind in Florence

Once upon a time, Florence was simply an Italian city like all the rest. However, there was a man by the name of Filippo Brunelleschi, an Italian designer and engineer, who grew up in the 1400s. He can easily be considered one of the founding fathers of the Renaissance as well as the birth of Florence as a result of his gorgeous architectural designs.

He traveled throughout various parts of Italy, though he was born and raised in Florence and this was his home, even in death. His body is held in the crypt at the Cathedral, under the Dome of his creation. 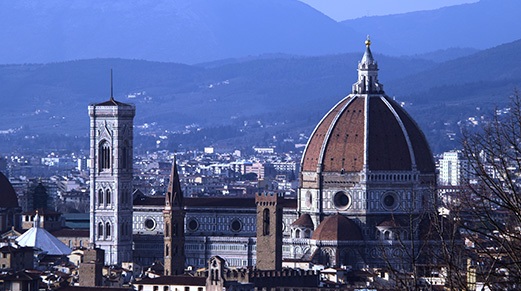 The Work of the Master in Florence

One of Brunelleschi’s first commissions was the Founding Hospital, which had high arches and grand columns.

The Florence Cathedral is perhaps his greatest accomplishment. Taking inspiration from the Pantheon, Brunelles

chi created the Santa Maria del Fiore, often called the Duomo of Florence, which still stands today. It is part of virtually every postcard seen of Florence and is a critical piece of the cityscape that is seen on the horizon. 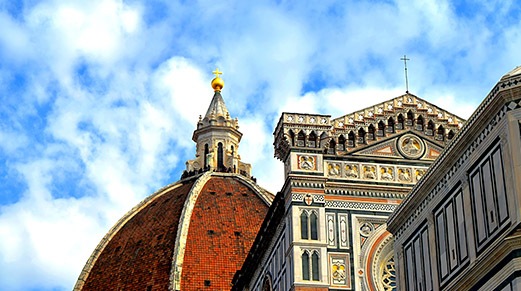 The St. Regis Florence Hotel is another example of his work, which is found along the Arno River. The historic palace is in operation even today, and the Renaissance influence can be seen throughout the arches on the inside as well as the columns on the outside.

What’s phenomenal is that the buildings are still standing. When you’re in Florence, visit the Duomo and take in all of the stunning architecture that is found all throughout the magnificent Tuscan city.

Situated in central Florence, the scenic St. Regis Florence has been the preferred stop of seasoned travelers since the 18th Century. Steps away from iconic landmarks, it offers an unrivaled immersion into the cradle of the Renaissance.

With the Piazza della Signoria and Uffizi just steps away, The Westin Excelsior, Florence sits at the center of Florentine culture. Browse boutiques along the Ponte Vecchio, have an espresso at a local café, and enjoy the best Florence has to offer.
Load more
(Now showing 2 of 2)